After living and working as an expat in Tenerife during high season, I am frequently asked about my personal highlights. What are the insider tips?

With the growing number of tourists travelling to Tenerife, increasingly in the winter months, I thought it might be a good idea to list some of my favorite things to do in Tenerife.

As an ulterior foodie, I included my favorite restaurants of each listed area. After all, your stomach wants to travel culinary as well! 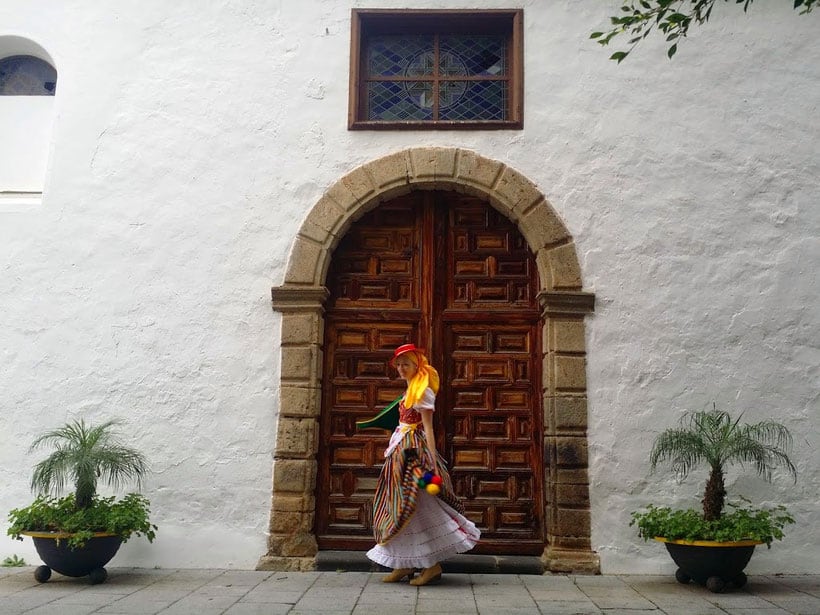 Tenerife boasts not only a sunny climate but after all, the cost of living is not very high compared to the European mainland.
Taxes are lower than on the Spanish peninsula and also flights between Spanish mainland and Tenerife are very affordable… as long as you’re registered on the island.
If you are planning to work on Tenerife, you can find jobs in the tourism sector which are mostly located in Tenerife south.
However Tenerife is becoming increasingly popular among Digital Nomads, who tend to settle down in the more affordable areas like Santa Cruz de Tenerife or Puerto de la Cruz. Explore some of the best Digital Nomad Jobs.

Contrary to popular opinion, Tenerife is a great hiking destination! Those who think that the island’s temperatures only allow you to lay on the beach, are definitely wrong.
The northern part is green and has moderate temperatures. The best hiking trails can be found in Anaga region or around Teide volcano. But with the “Barranco del Infierno” trail, even southern Adeje has something to offer for hikers.
My favorite trail is Masca. I know it’s pointed out by every tourist guide, but that does no harm to the beauty of the hike. It’s relatively easy to walk and the cliffs of Los Gigantes are just breathtaking! The hike is an attraction all year round, the canyon has water lagoons even during summer months.

Masca can easily be combined with a fun Jeep-Safari tour including Mount Teide.

Unfortunately many restaurants in Masca are tourist traps. They expect you to pay a lot for your pre-hike lunch. I recommend “Alte Schule- El Guanche” instead. It’s an (almost) vegetarian restaurant using only local and seasonal products. All the recipes have a very long tradition and are inspired by German and Guanche cuisine (!). The owners are a lovely German-Filipino family. The terrace offers tranquility and the best views on Masca village.

The area of Los Gigantes is the best alternative for those who want beaches and first class tourist facilities but without the aspect of mass tourism as it can be found in Adeje or Los Cristianos.

It’s also the best area to stay in case you’re looking for more active holidays such as doing the famous Masca Gorge Trail.

The natural setting of Los Gigantes is truely unique: the cliffs are just gigantic and La Gomera island seems to be at a stone’s throw. Many villages like Alcalá or Puerto Santiago have conserved their authentic charm. Playa Chica, Playa Arena or Playa de los Guíos are only a few of the area’s top beaches.

Los Gigantes area would also be my first choice for a romantic dinner. The sunsets over La Gomera will provide an unforgettable setting. I recommend Los Corales (traditional, easy but good cuisine), Fisherman’s Inn  (best fish and views on the harbour and La Gomera) and La Pérgola (top address of the area and very refined cuisine).

Read more about the beaches of Tenerife

Actually they should be my number 1 of this list! I rarely met more warm-hearted, pleasant, generous, and stress-free people than the Canarios from Tenerife.

With a big smile, they will tell you not to worry and to have a little fiesta instead. If you want to see more of Tenerife than just beach&sun, I’d reach out to them, always keeping in mind the 7 typical Canarian expressions.

A great opportunity to get in touch with the locals are the romerías or fiestas del pueblo (each village has its own fiesta during the year). The dates and calendars can easily be found at any tourist office. There is always a local party going on in Tenerife! Find here an extensive guide to Tenerife’s fiesta calendar.

Invite a Canario for a Clipper or a Garimba and you’ll understand why the Canarian people are the most valuable gem of the island.

Anaga, the region in the north of Tenerife, is still undiscovered by mass tourism. The region is lush green, even in summer, and has some of the most beautiful beaches I’ve seen in Tenerife (Benijo, Punta Santiago, Punta Hidalgo).

Anaga is perfect for nature lovers and its numerous hiking trails are waiting for you to be discovered. The views will let you speechless more than once! Anaga is not only a hidden gem when it comes to natural impressiveness, but also when it comes to restaurant options.

My favorite is Casa Africa restaurant at Punta Santiago. It has a very long tradition and here you’ll savour the freshest seafood together with the locals.

For those who are more into meat, I recommend a “Guachinche” like Casa Pedro who serves cabrito (goat) or conejo (rabbit in a spicy sauce) prepared after ancient recipes.

Read more about what to do in Tenerife North

Of course you cannot leave Tenerife without having visited its most eye-catching attraction: the Teide volcano. How you want to discover it, is up to you. There are multiple ways.

You can get up there by cable car, by hiking and sleeping in the Altavista Refuge.

I recommend a romantic sunset with a memorable stargazing experience.

Whatever option you choose, it’s the best to book it in advance. After all Teide is one of Spain’s most popular attractions. I loved to visit Teide just before sunset and sharing a bottle of cava with my friends. Seeing how the sun goes down behind Gomera island and the stars getting so bright that you’ll think you’re able to grab them, is just pure magic.

Best place to eat is the Parador with gorgeous views to the volcano.

Those who frequently travel to Spain, know that food plays a major roll. Tenerife is no exception. But it has much more to offer than the Tapas from the Spanish peninsula.

Indeed Tenerife is a paradise for foodies and wine lovers!

The island has several traditional dishes that can only be found here. The most popular one is probably Papas con mojo – potatoes in a salty crust served with a green and a red spicy dip. Originally the papas were boiled in sea water! Tenerife’s gastronomy loves strong flavours and uses as many local products as possible: many different kinds of seafood, fishes, fishes, fruits and meat (i.e. rabbit or goat).

Additionally the islands sems to be an tropical garden. Depending on the season, the fruterías (fruit shops) have avocados, mangos, manga (an autochtone fruit from Tenerife), apples, oranges and of course tons of bananas. A paradise for healthy food lovers!

The land’s fruit are also the main ingredient of the island’s best liquors: Banana liquor, Ronmiel (honey rhum), rhum, fig liquor, dragon tree fruit liquor… Make sure to try them all! Tenerife also has a lot to offer to wine lovers: the wines from the north of the island can definitely keep up with the best ones from Spain. I also enjoyed a lot to try the banana wine “Platé”.

You cannot leave Tenerife without having tried the Barraquito (coffee, Licor 43, milk and condensated milk) or a dish with Gofio, a flour that already Tenerife’s aboriginies used to prepare their meals.

On many menu cards you’ll notice a Southamerican influence: many Canarian emigrants brought the best dishes from the “new” continent: Arepas, Tequenos… You’ll need to start trying Tenerife’s food from the very first day of your stay, otherwise you’ll never savour ALL the flavours Tenerife has to offer.

If I’d need to choose 1 city to visit in Tenerife, then it would be definitely La Orotava. It is the most colourful of all the towns. It’s like a concentration of the typical architecture style and urbanization of Tenerife. The island’s most typical architecture element are the balconies.

La Orotava is also perfect in case you want to have an adventurous bike tour.

The perfect example (and a great souvenir shop as well) is Casa de Balcones. La Orotava es full of manor houses and parks offering unique views over the Atlantic ocean and Teide volcano. The colourful housefronts and the couple of Concepción church are great motives for hobby photographers.

Considering restaurant options, I recommend La Duquesa in an idyllic setting next to the famous Concepción church. A  bit outside La Orotava, on the way to Puerto de la Cruz, Tito’s Bodeguita offers very refined but traditional Canarian dishes elaborated with the freshest products. Alone the building is worth a visit, it’s set in an old Canarian finca.

Other villages you might want to include to your Tenerife excursion are Garachico and Icod de los Vinos.

Do you have personal highlights in Tenerife? I would love to read about them in the contact form 🙂 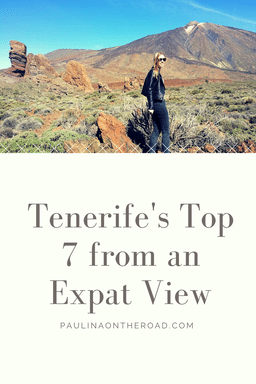 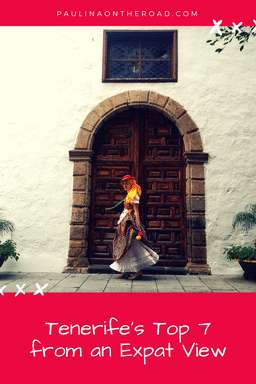 For activities in Tenerife, you’ll get the best deals and selection with GetYourGuide for Tenerife.