With its half-timbered medieval towns and small towns to Cosmopolitan cities, along with an abundance of forests and mountains, visitors are spoiled for choice when it comes to choosing a unique place to visit.

The country is the founder member of the European Community and lies in northern Central Europe. 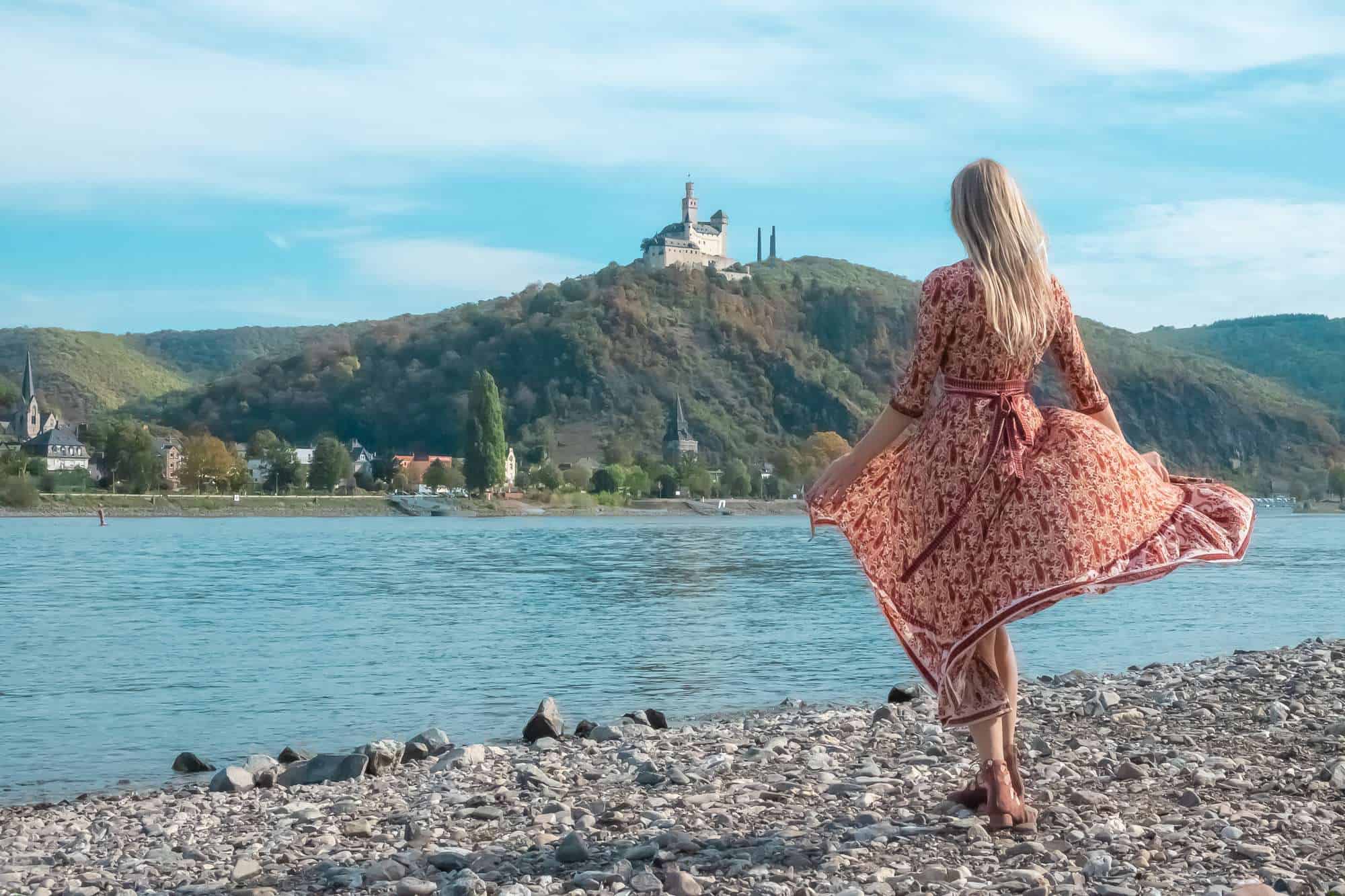 Due to its central location within Europe, it has more common frontiers with other countries than any other European state.

Germany is blessed with Europe’s most high-powered sights, spectacular sceneries, the jagged Alps, flower-filled meadows, rolling hills of forests and farms, mighty rivers, and dotted with castles and churches of every variety.

✔ Book tours in Germany with Viator

➳ Find the best hotel deals in Germany with Trivago

❖ Rent a car with the best discounts at DiscoverCars

☘ Get the best discounted outdoor clothes (outlet) at REI.com

✎ Never leave without travel insurance. I got mine at HeyMondo. It is cheap and easy to set up.

$ Withdraw money without hidden fees and avoid exchange rates with Wise (you’ll get a free card on top!)

Important Facts When Traveling To Germany

Safety rating: As with most of Europe, Germany is a safe country and UL Safety Index has given it a score of 86 on a scale of 0-100.

Do I need a Visa to Travel to Germany?

Fast-Track: Get your Germany Visa in advance

Germany is a member of the European Union and a signatory of the Schengen convention. All EU nationals are entitled to unlimited, visa-free travel within Germany.

Nationals of most American countries, Australia, and New Zealand do need a visa to travel to Germany for up to 90 days within the Schengen zone.

Currently, 62 countries are exempt from German Tourist Visa requirements. If you are a national of any of these countries, you do not need a visa to travel to Germany.

German lodging standards are very high and you can expect clean and comfortable rooms with breakfast included.

Budget – Germany offers a wide choice of accommodation ranging from half-timbered economical hostels (Herbergen) or Zimmer (private rooms for rent, B&Bs) to high-rise designer hotels. This means there would be no problem in finding good accommodation suiting all budgets and tastes. – Check rates here

Many city hotels, especially the ones that target the executive market offer cheaper rates on the weekends. Hostel charges are cheaper than the hotels and you can book a dormitory for under €30.

You can also book private houses or farms in remote regions such as the Black Forest and Bavarian Alps for a much lower price than the city hostels.

Even the most basic campsite has a dedicated reception, mini shop, and full washing facilities. The prices vary according to the facility, however, you can buy an annual camping card for €10 that offers a 25% discount.

Germany is a year-round destination, but the best time to visit is in summer from April to November.

During this time the weather is pleasantly warm with temperatures typically in the low to mid-20s. However, several factors could influence when you visit Germany.

The weather and activity in Germany are broken down into three tourist seasons.

Low-Season (Nov-Mar) – Cold and wet weather with snow in most of the areas. This season is great for skiing in the Alps and is best for theater, concerts, and opera.

Mid-Season (April-June, Sep-Oct) – The weather is pleasant and sunny that means it is a perfect season for travel. You can witness one of the biggest festivals known as Oktoberfest in September.

High-Season (July-Aug) – This is the time when most people travel to Germany as the nation offers great weather. This season is full of festivals from music, food, and wine to samba.

Flight – The easiest and quickest way to reach Germany from outside continental Europe is by air.

The main international airports within Germany are Frankfurt (FRA) in the heart of the country, Hamburg (HAM), the humid neighbor to the North Sea, Munich (MUC), down south secured amidst the Alps, Berlin-Tegel (TXL) in the east, and Dusseldorf (DUS) in the far west. – Check flights to Germany

If you have flown into another European country, you can reach Germany by road. Several bus companies like FlixBUS, Eurolines, MeinFernbus, and ADAC Postbus provide viable commutes.

You can also reach Germany by sea. There are various International Ferry services from Scandinavian countries.

Commuting in Germany is easy and inexpensive. Germany boasts of an impeccable public transportation system. In major cities, single tickets offer access to the subway, buses, the S-Bahn, and the U-Bahn.

One can travel by train as well. The main rail line is the Deutsche Bahn comprising of high-speed and regular trains.

Germany is a land full of culinary delights offering rich, hearty, and diverse food. Gathering with food and drink from the essence of German Gemütlichkeit, comfort and coziness.

The typical meal includes hearty meat portions drenched in rich, creamy sauces along with buttery rolls, baked squash, and a full glass of beer. Some German dishes have ample amounts of garlic and onions baked or fried into them.

Pork is the main ingredient found in German recipes with various variants of sausages. Some common meat recipes are Goulasch, Eisbein Mit Sauerkraut, and Leipziger Allerlei. The side dishes include starchy foods such as thick noodles, dumplings, and rolls.

The menu includes a wide range of fatty food options for breakfast, lunch, and dinner along with classic desserts such as sugar-laden cookies, Stollen, and Krapfen. Dominosteine and Elisen Lebkuchen are chocolate treats.

Germany has more than 1200 breweries, making beer and wine a common beverage to go along with meals. Tea and coffee are also consumed.

Best Things to Do in Germany

The Black Forest is named so due to the dark green pine trees in the area. You can also spend some time exploring the towns that are famous for cuckoo clocks and typical German food. This place is best to visit in autumn.

Visit Berlin – This is Germany’s hip capital and has world-class museums, funky neighborhoods, history, and one of the best nightlife in the whole of Europe. From the museums to the art and music scene to the great bars and cheap food, Berlin is not to be missed.

Hang out at Oktoberfest – This is the world’s largest beer festival and is filled with huge steins and giant pretzels. The festival takes place over two weeks from late September to early October and attracts over 6 million visitors each year.

Wander the Romantic Road – The Romantic  Rhine Valley whisks you on a journey of approximately 400 km from Wurzburg to Fussen. You will be greatly rewarded with treasures such as magnificent stately homes, palaces of courtly splendor and romantic medieval timber-framed houses. One of the best ways to explore Rhine Valley Villages is by a Rhine cruise.

See the Neuschwanstein Castle – Neuschwanstein is a world-famous castle nestled in the Alps in Bavaria. It seems to come straight out of a fairytale and is the most photographed building in all of Germany.
Latest Blog Posts about Germany

A guide to the European Christmas market cruises in Germany, on the Rhine and the Danube Are you looking for a different way to celebrate …

15 Cool Things To Do in Koblenz, Germany in 1 Day

Guide to places to see, best attractions and what to do in Koblenz, Germany Koblenz is deservedly growing in popularity! Due to its relatively small …

Read More about 15 Cool Things To Do in Koblenz, Germany in 1 Day

I discovered a gem, that’s so close to my home country Luxembourg, that I cannot believe why it took me so long to explore it. …

Your guide to all the best castles, cruises and cities on the Rhine in Germany. Who else is a big fan of weekend trips? Please …

A guide to the best places to visit from Luxembourg City when looking for day trips There are many benefits of traveling slowly: mindfulness, time …

11 Magical Things To Do in the Mosel Valley, Germany

A guide to Mosel Valley with the best hikes and vineyards in Mosel Valley, Germany Who’s in for a weekend trip following the lead of …

Read More about 11 Magical Things To Do in the Mosel Valley, Germany

Now  that I am back in my tiny home country, Luxembourg, I want to discover its surrounding area as much as possible. …