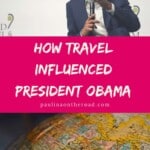 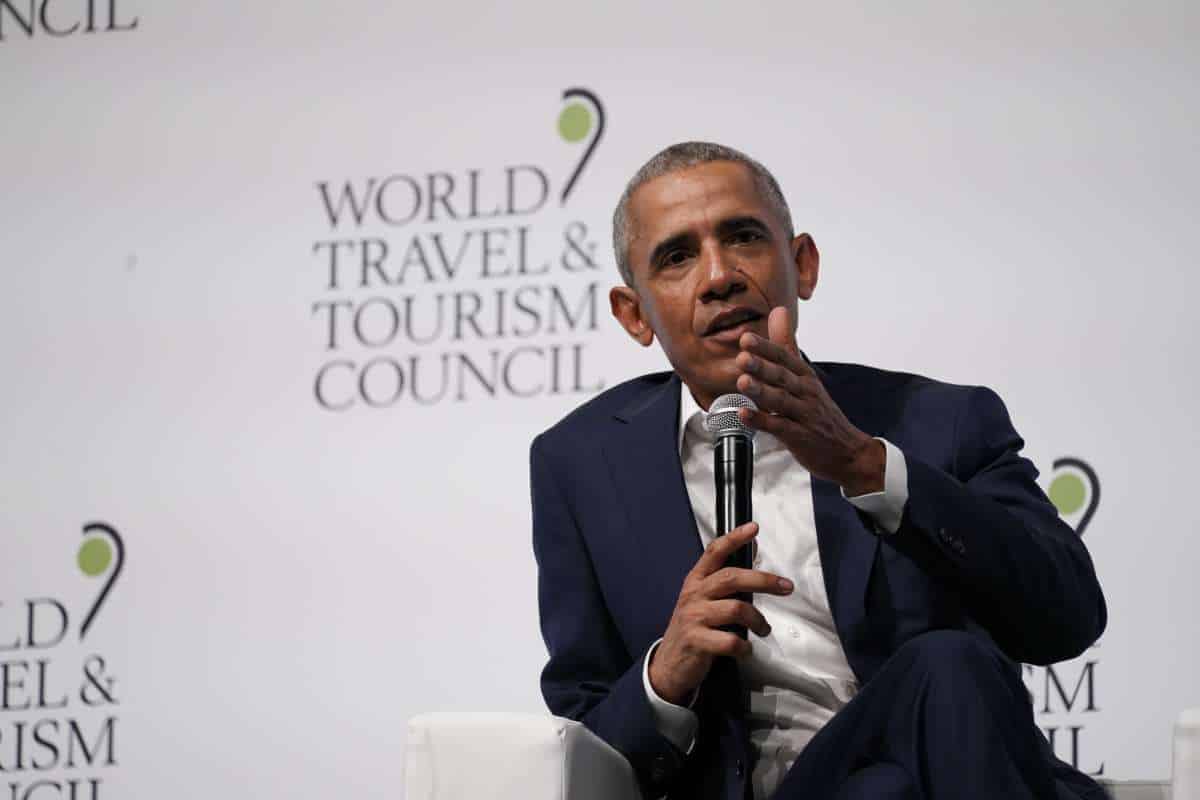 The first week in my life as a 30-year old began with a boom! I had the honor and pleasure to be invited to the WTTC Summit 2019 in Seville, Spain. Not only was it all about sustainable travel, but most over all, only the crème de la crème was assisting to the most important event in the travel industry.

Unlike a trade show, the WTTC Summit is the place where only the VIP of the tourism and travel sector meet in order to determine how we’ll travel in the future. Among all the invited VIPs, it might be hard to stand out. Unless you’re Barack Obama!

Read more about Obama’s best travel souvenirs, how travel impacted his presidency and what travel taught him.

What is the WTTC summit? 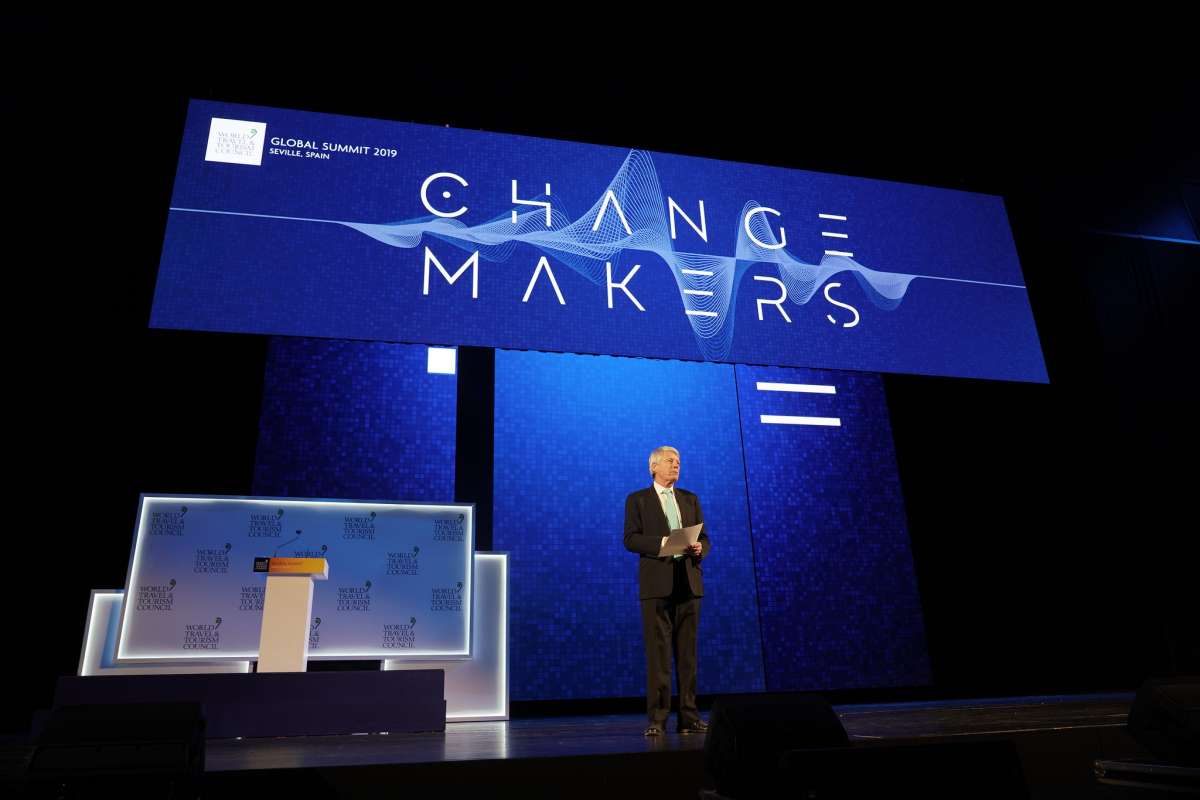 Whereas the summit’s agenda has plenty of speakers and super-interesting sessions about the future of travel, many take it as a unique business opportunity… which often takes place during the coffee breaks and in the lounge areas. There were over 100 CEOs from prestigious tourism companies such as TUI Group, Hilton Group or Edreams.

But the unique thing was that many personalities from politics assisted as well: the First Lady from Kenya, the Tourism Minister from Greece, the President of the Spanish Government, Pedro Sanchez, and many more. Because if the travel industry decides to invest in a destination, often other investments will follow.

That’s why the tourism sector plays a crucial role in the development of a country. Politics need to be aware of this.

Whereas most delegates assist the summit in order to make the best connections and arrange new business deals, as press, I could attend the most interesting speeches and conferences without any hassle. It’s here where you can get a unique glimpse of how travel will look like in the future: big data, facial recognition, seamless travel, and of course, how to lower the impact of travel on our planet.

Indeed, with more people traveling every year and with their growing demand for new and extraordinary experiences, the industry must consider sustainability in order to provide value over a long time.

All those matters were addressed in a more or less direct way by the former President of the US, Barack Obama. Addressing complex matters with clear and simple words, that’s only one of the numerous strengths of Barack Obama. Without any doubt, his presence and speech enhanced the importance of the WTTC summit in Seville.

I must admit that attending President Obama’s speech was one of my main motivations to assist the WTTC summit (besides the beautiful town of Seville and the extraordinary speakers at the summit). His ideas, his attitude and perspective have inspired me for years. His speech about travel motivated me to keep following my passion of travel and travel-writing.

What’s it about Obama? 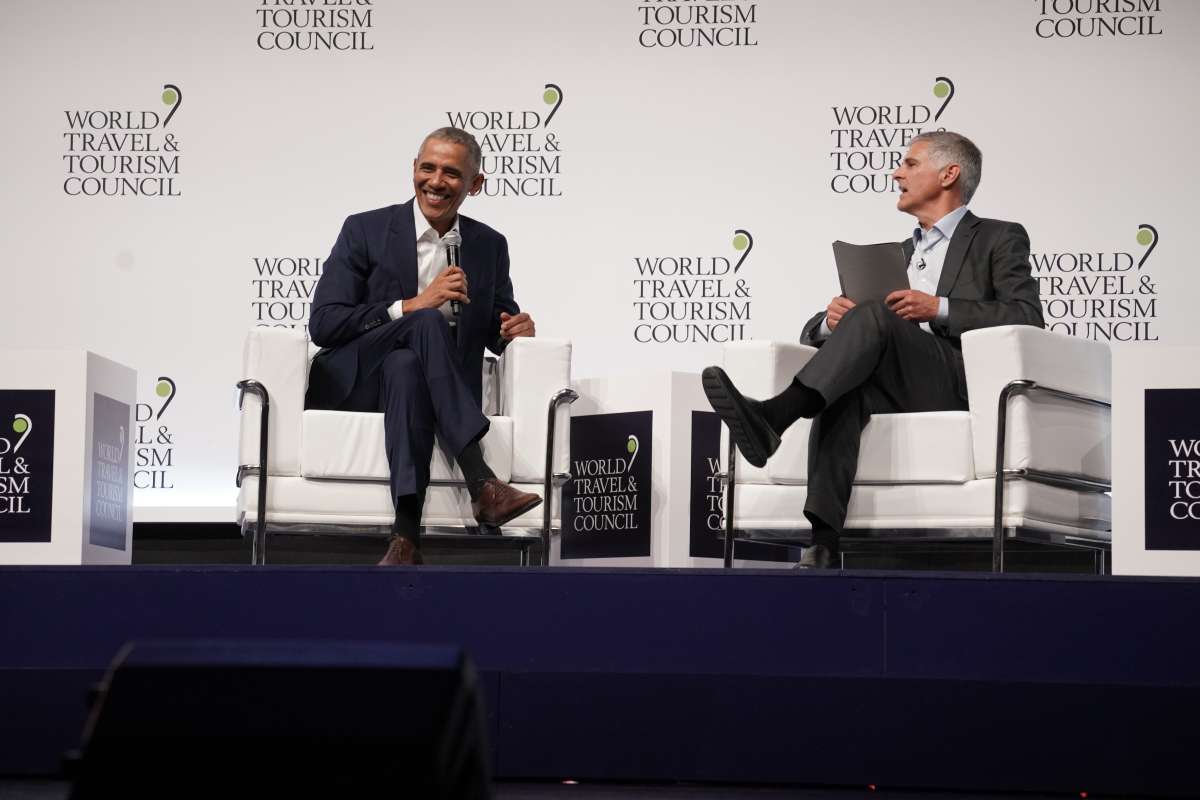 His speech was awaited with loads of anticipation. Why? What is it that makes Barack Obama attract people and makes them absolutely want to listen to him?

I am sure that this question has filled plenty of articles. However my guess is that he represents that “all will be fine” if we would follow his lead. He doesn’t create differences for the sake of separation. Instead, he stresses what unifies us and how we’re stronger together than against each other. When I think back of his Presidency, I, as a European, associate assuredness that we’re getting closer as humans. Something that’s now not the case anymore.

So, how does Barack Obama understand travel? Why is it so important to travel? What are the benefits? How did travel influence him?

What did travel teach Obama? 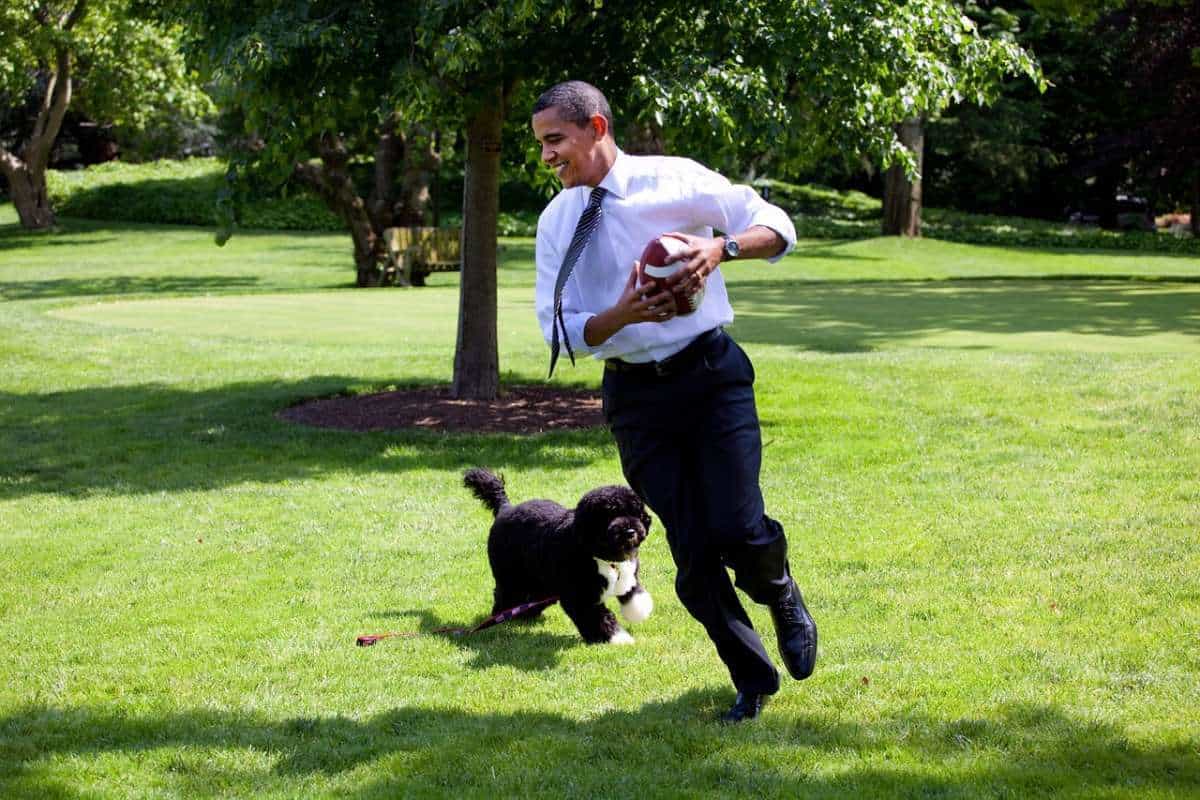 Travel was, among others, for Barack Obama a way to reconnect with his Kenyan roots. When he was young, he travelled to Kenya where he lived for 1 month. Before getting there, he spent some time in Europe, also in Spain, where he was traveling on a budget.

He remembered how he used to sleep in pensiones and taking the night-bus from Madrid to Barcelona where he shared some baguette and wine with a fellow traveler.

What was his biggest finding when he travelled? It’s the fact that we are all very diverse but that we have great things in common as well. If you see a mother and a child in Kenya, that’s not so different from a mother and child in New York.

The diversity is what makes us rich as humans. Our common dreams and goals are what unites us. Because at the end, we’re all looking for the same: security, peace, love, family,… Travel reminds us that we humans have great things in common.

A challenge for the Tourism sector 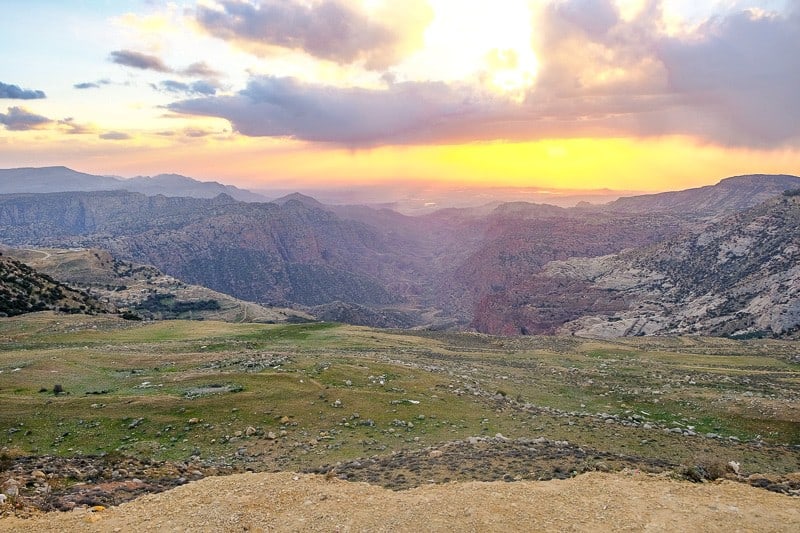 Nowadays, young people are not afraid of the differences anymore. They don’t want to build walls. However, they don’t go to vote and that’s dangerous. Travel could be a remedy to teach people about the planet’s diversity and wealth.

But, the crucial question is: how do ordinary people get the chance to interact with people who don’t agree with everything and how can they get to experience new cultures?

It should be on the top of the tourism sector’s list to create opportunities of exchange, not only for leaders but also for ordinary people.

The Concern of Sustainable Travel according to Obama 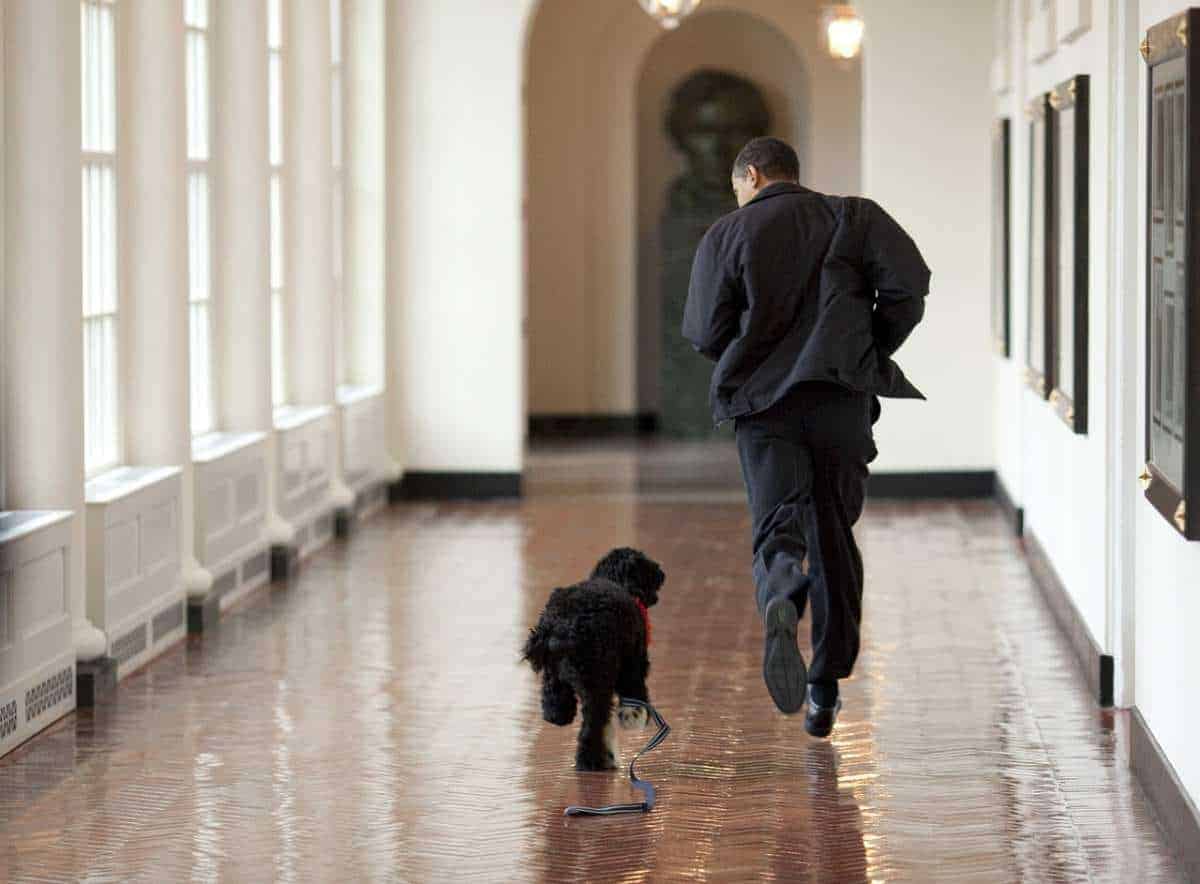 Sustainability is key according to President Obama! Not only in the travel sector, but everywhere. It’s easy to say that as a European or American, we’re not concerned by climate change. But that’s not true and this attitude implies ignoring an imminent threat.

Indeed, even if we’re not directly concerned, climate change affects millions of people around the globe that eventually will seek and need our help. If we don’t want to be confronted with a massive displacement of people, we need to take action!

Sustainable travel is the future because young people are very aware nowadays. They notice when a sight is not environmentally correct. And as a result, they will be less interested.

How Travel Affected His Presidency 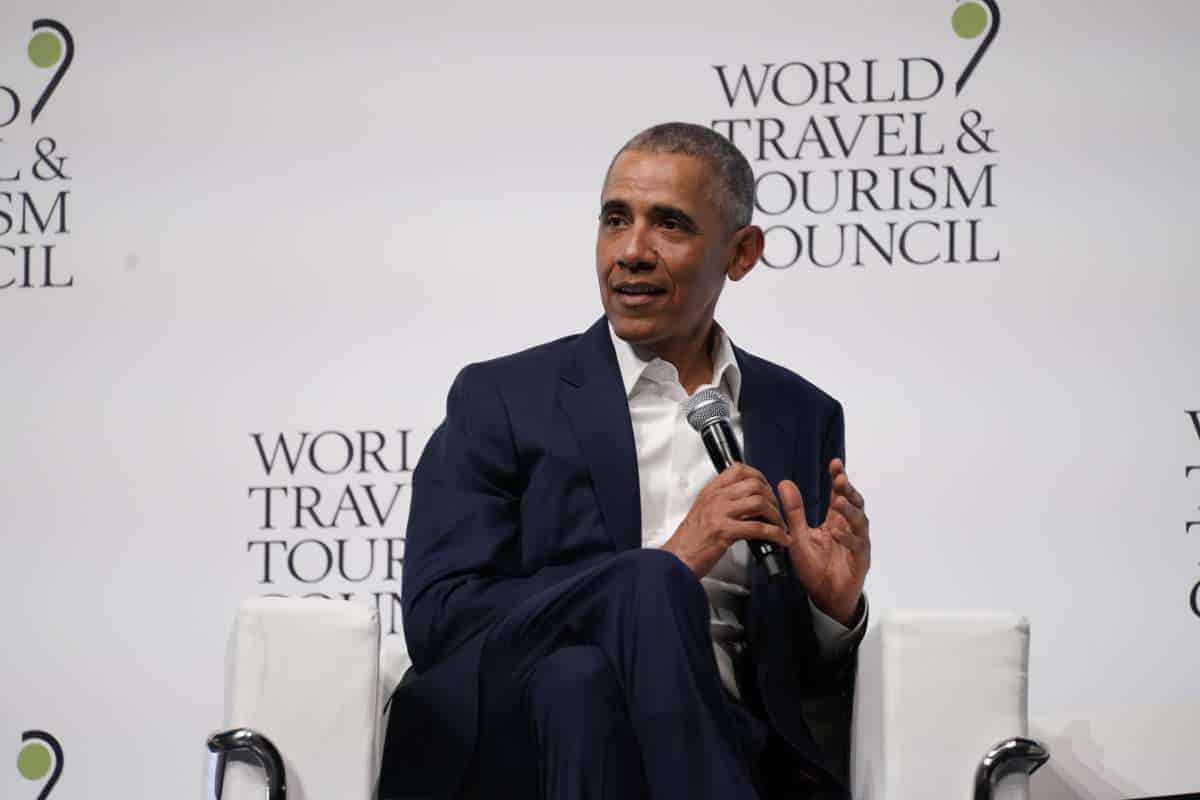 How did travel change his perspective and affect his Presidency? First, Barack Obama was one of the most-travelled Presidents of the US.

This is how travel influenced him as a President:

Travel also affected and influenced his diplomacy. Sometimes the national media would accuse him of “Obama is on vacation!” when he was visiting the attractions and sights of a tourist destination.

However, this was not a vacation. This was part of his diplomatic relations and “strategy”. Indeed, by visiting the best things a destination has to offer, you’ll understand the country and its culture even better. Most of all, it lets your counterpart understand that you care about them and that you appreciate their culture. And as a result, they are more open to your perspective as well.

What is the future of travel? 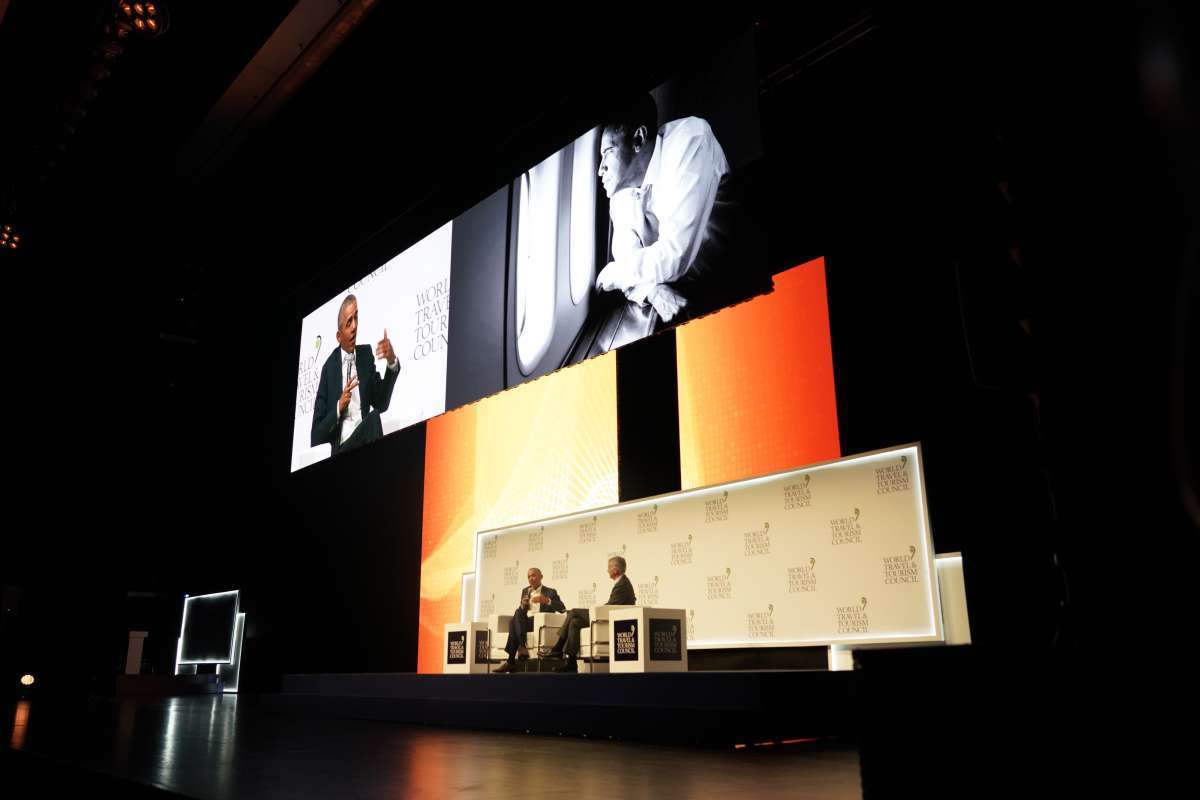 Obama mentioned his girls a few times. They love getting pampered, they enjoy spas and room-service when they travel with mum and dad. However, what really excites them are experiences. He sees how they really live up, when they feel that they are interacting with people from another culture, enjoying their music and food.

The travel industry should capture the vibrancy of young people.

The message of President Obama is thus a very powerful one: travel is a form of intercultural communication. It makes us realize that we should focus rather on the things that unite us than on the aspects that differentiate us. Let’s hit the road and get to know each other! 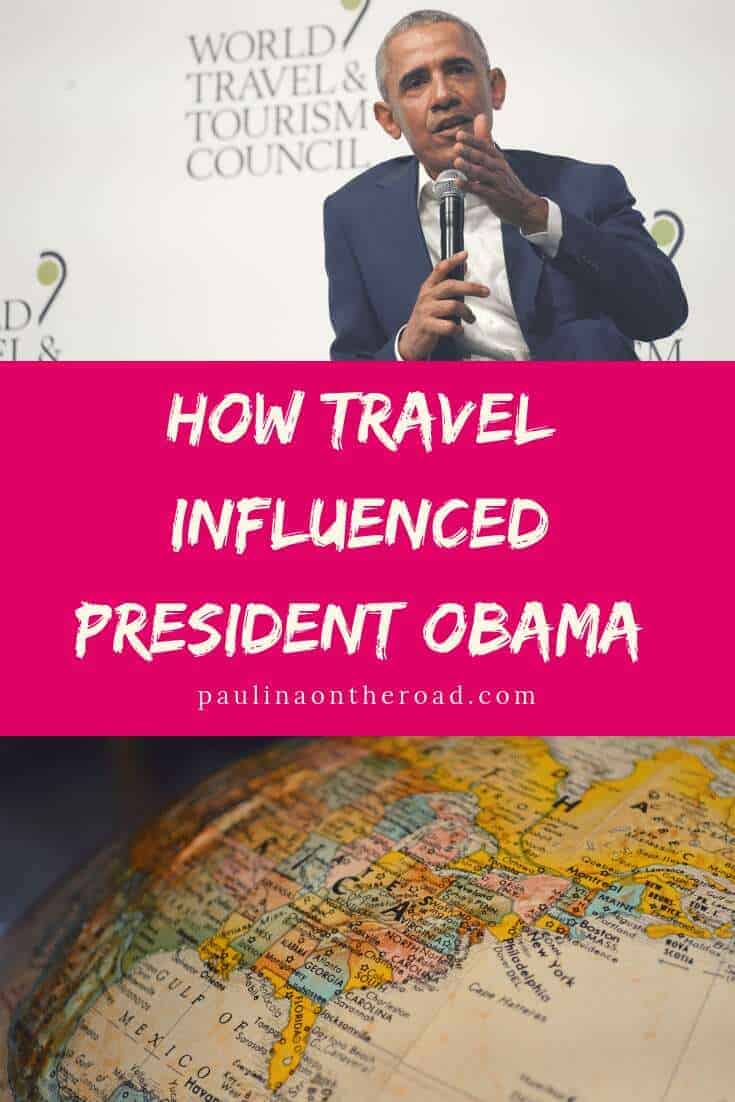 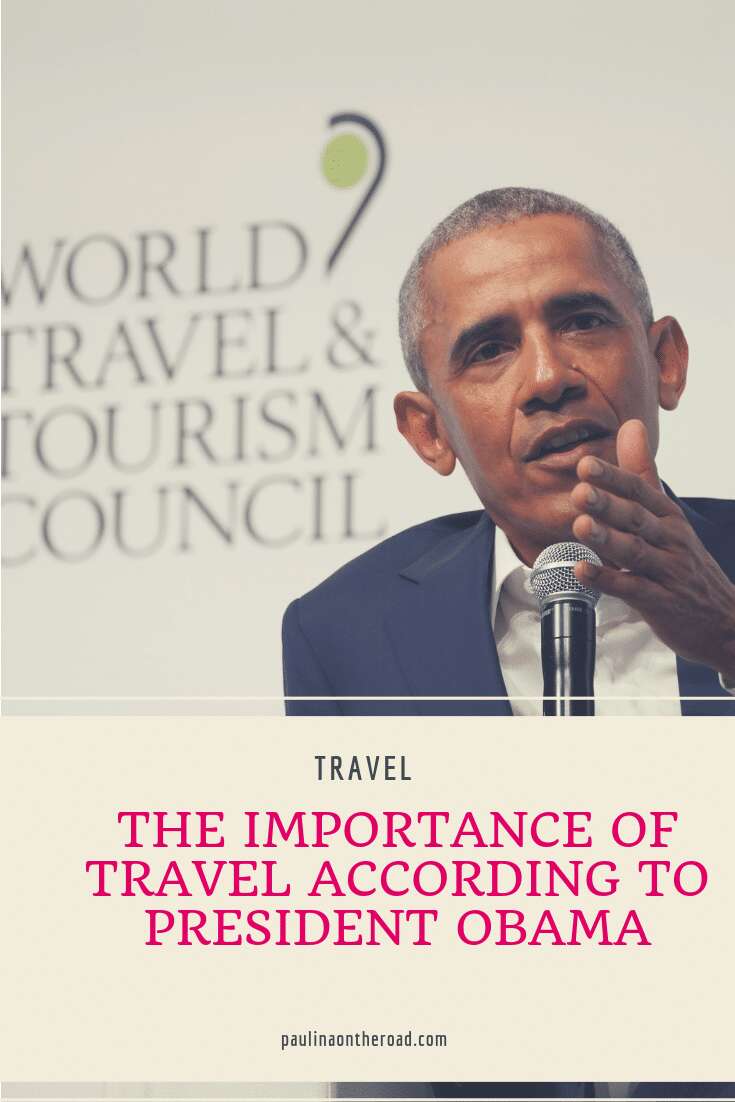 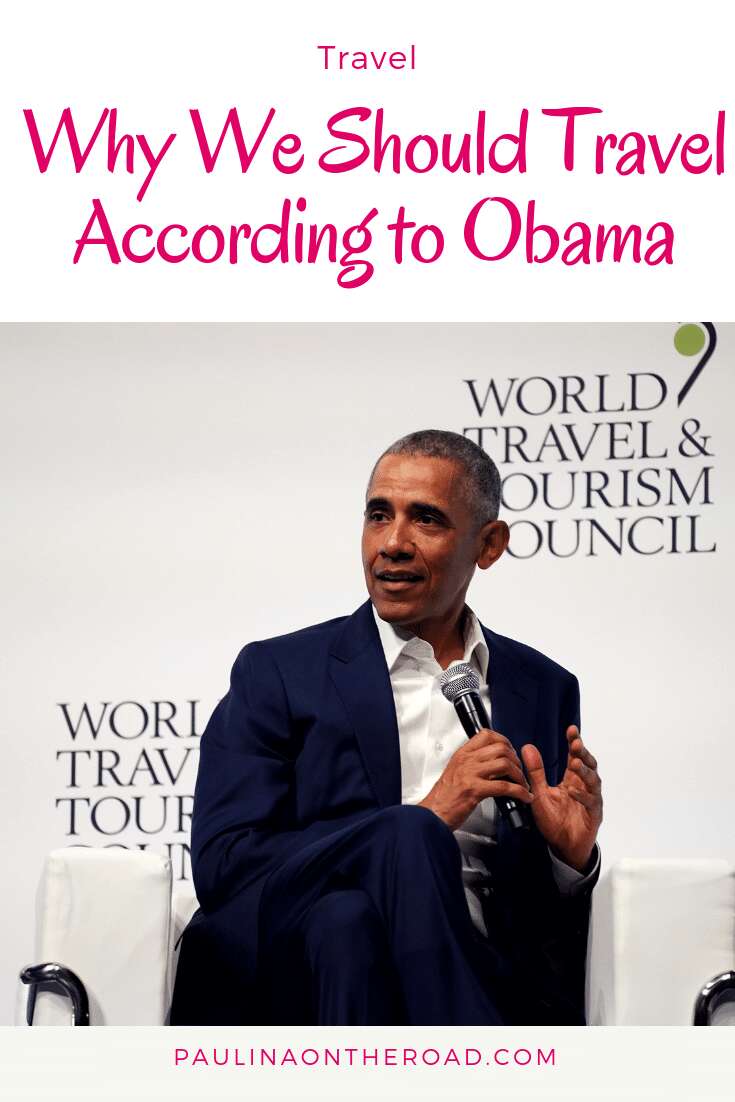 Hola! I am Paulina, a fervent travelette who crossed the Atlantic Ocean by Boat HitchHiking. On my blog, you’ll find all the tips to make the most of your holiday. Get ready to enjoy outdoor and sustainable travel like hiking, cycling or sailing. Let’s hit the road together!

Obama is totally right. This gentleman is really amazing and so smart.

Yes and he still is such an inspiration for so many of us. Thank you for reading, this article means so much to me.

This must have been incredible to attend! Especially seeing Mr Obama in action. Words of wisdom at its finest. I couldn't agree more.

Hey! Yes absolutely! His positive vibe fills the room and it was so rewarding to hear his perspective on travel. That's why I wanted to share his words with others and decided to publish a blog post. I am so glad that you like it.