La Cueva del Viento (“The Cave of the Winds”) is the perfect day trip from Puerto de la Cruz, Santa Cruz de Tenerife or from any location in the South of Tenerife.

Whether you’re a hiker or outdoor lover, or if you want to explore the natural and geological history of Tenerife, you just can’t skip this attraction as is one of the best things to do in Tenerife! 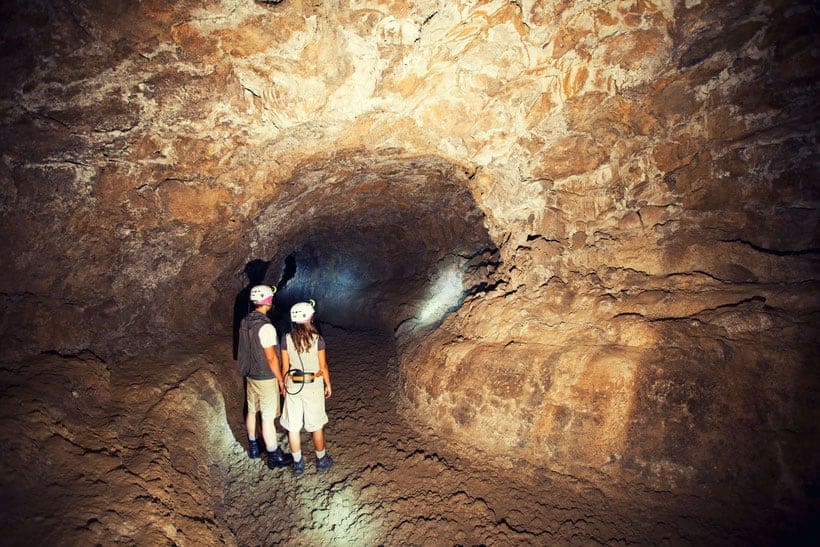 Make sure to reserve your spot in advance and book your tour to the Cave of Winds here. 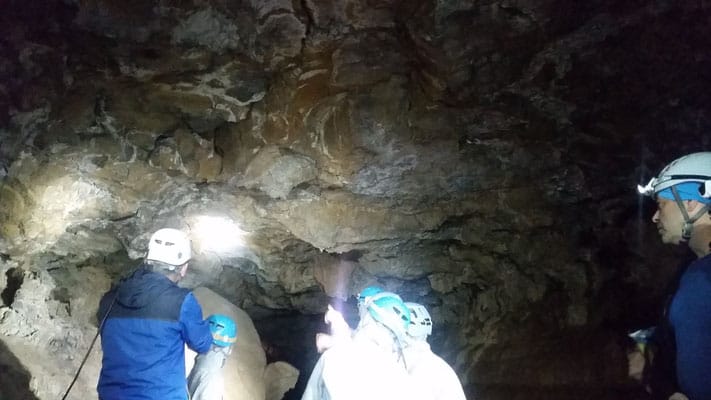 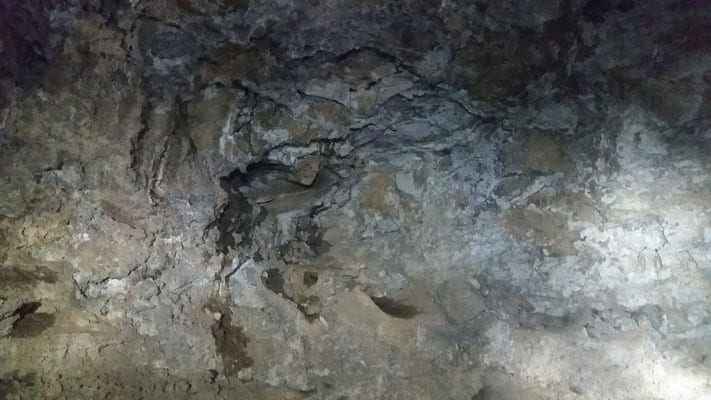 What is the Cave of the Winds?

The first written reference to Cueva del Viento (literally Wind Cave or Cave of the Winds because of the noise of the wind) dates back to 1690, by Bernardo de Valois, a local terrateniente who gave the name to the site.

However this is not a cave, but a gallery of lava-shaped tunnels spanning across the entire island of Tenerife. With a total estimated length of 75km, it could be the biggest lava-tunnel system in the world.

Powered by GetYourGuide. Become a partner.

The volcanoes of Tenerife 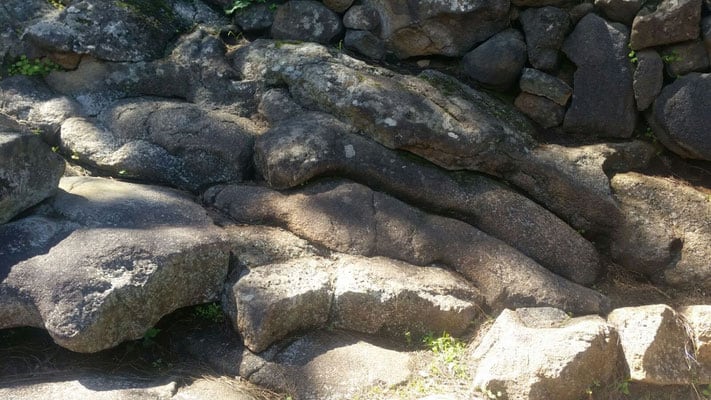 Let me get briefly into a few facts about Tenerife and its volcanic activity.

Tenerife’s Mount Teide is not only the highest peak of Spain but it’s also a volcano. But it’s not the only volcano on the Island. Teide is just the highest of the 321 volcanoes shaping Tenerife. One of the most important volcanoes in Tenerife is Pico Viejo and it expulsed lava for the last time 27.000 years ago. This last expulsion formed the tunnels we can now explore in the Cave of the Winds, Tenerife.

A volcano can erupt in two ways, effusively like Tenerife Volcanoes do, or explosively like Vesuvius Volcano did. The dangerous ones are the explosives, also called prinianos. Don’t worry when visiting Tenerife, as priniano eruptions in Tenerife ended 500.000 years ago!

As a matter of fact, there is a historical link between explosive Volcano Vesuvius and effusive volcanoes in Tenerife: the Roman historian Pliny the Old died at the Vesuvius eruption which erased Pompeii. He also commanded an expedition from Mauritania by which he ended up discovering Canary Islands. They called the archipelago the “lucky islands” and Tenerife volcano was named Nivaria (snow peak in latin).

Those peaks were three independent volcanic islands (respectively 8M-year-old, 7M years old and 12M years old), combined into a single one, Tenerife, thanks to the apparition of Teide Volcano between them.

If you want to know more about volcanic activity in Tenerife you can read more here.

The effusive eruptions which created the lava-tunnels of the Cave of the Winds consist of a constant expulsion of lava.

When the 1200ºC hot lava gets in contact with the air, it gets cold in just 5 minutes and solidifies creating the “roof” of the Tunnel. The lava keeps running below “the roof” until it reaches the sea, leaving an empty hollow behind:  the tunnels of Cueva del Viento.

In Tenerife, the lava expelled by volcano Pico Viejo is called Pahoehoe. This name is internationally valid for this type of lava and it comes from Hawaiian for “nude feet” as this lava flows fast and it creates a smooth surface on which you could walk with bare feet. The pahoehoe lava shape is rounded when it gets cold so it is called Lava Cordada in Tenerife.

On the opposite, when the lava flows slowly it creates a rough surface internationally called A’A’  or Malpaís in Tenerife.

A few fun facts about lava: lava solidifies in smooth black basalt. Pine trees cannot grow on this material, so evade them to find an entry to the tunnels. And the lighter the color of the lava, the older it is, as the air oxidizes the lava making it to lose its black color.

Research & ecological importance of Cave of the Winds 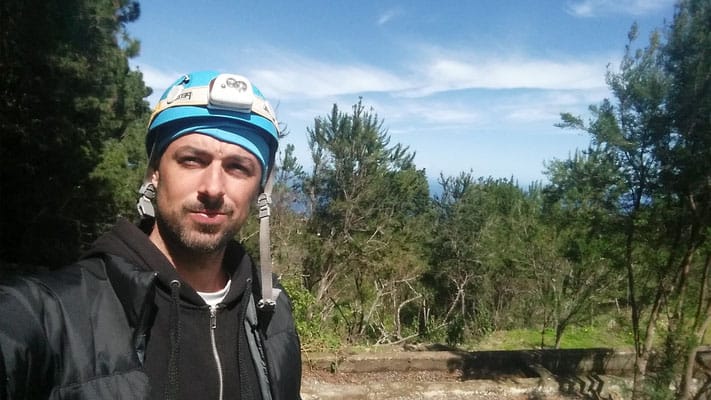 La Cave of the Winds in Tenerife has been scientifically researched by speleologists.

Today up to 18 km of tunnels are confirmed, thus the Wind Cave ranks as the lava-tunnel number 5 in the world by its length. However the total length discovered so far is only 3km, which is due to the multiple, intricate ramifications and levels created by the lava inside the gallery tunnels of Cueva del Viento.

As the Cave of the Winds hides several levels or tunnels on top of each other and the roofs on top of each other within the ramifications are not stable, safe access to the tunnels cannot be guaranteed to continue the explorations. A line of nails in the floor helps explorers follow the route, size its length and measure the magnetic deviation of the tunnels.

The Cave of the Winds in Tenerife hosts an attractive ecosystem, with endemic species living in the lava-tunnels. A total of 107 species live there, but bats are not within them, which makes Cave of the Winds particularly unique as all cave-like habitats host bats. That is one of the reasons NASA is among the researchers of this tunnel system.

But the tunnels were discovered a long time ago by Tenerife’s aborigines: the “guanches“. Even an aboriginal (Guanche) funeral site was found here.

The floor of the tunnels was cleaned and emptied of debris, hence the funeral rests were transported to a Guanche museum you can visit in the nearby town of Icod de los Vinos, named after the aboriginal word Icod (Burnt).

Best time to visit Cave of the Winds 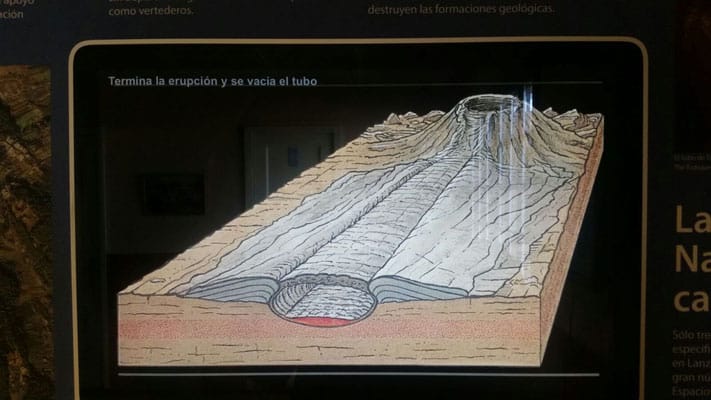 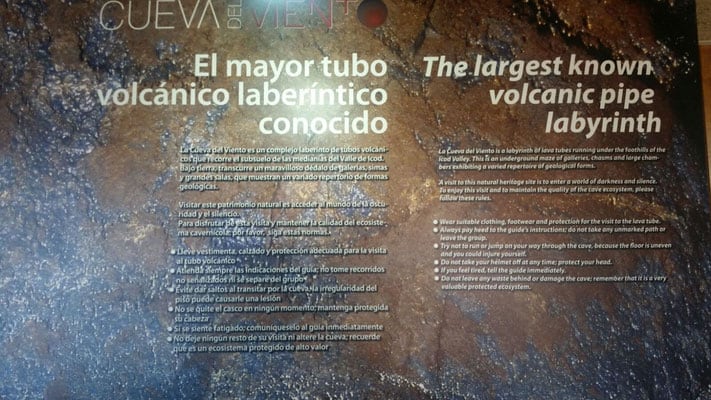 The Cueva del Viento got its name because of the noisy wind inside. However, this happens only in summer due to the temperature difference between interior and exterior of the tunnels. So to experience the windy side of the attraction, I recommend to visit during summer.

However visiting during winter will allow you to see the tunnels with water drops which create a beautiful experience too!

The last eruption in Tenerife goes back to 1909, but this eruption expulsed no lava linked to the Cueva del Viento tunnel system. However, the eruptions in the Canary Islands are cyclical, and being the most recent one in El Hierro, 2011, the next one is predicted to happen in Tenerife in 2051.

So you have still plenty of time to visit the Cave of the Winds!

Have you been in Tenerife? Have you visited Cueva del Viento? I would love to read more about your experience in the comment form!

I like your blog. Now I can think about visiting Tenerife. Thanks for sharing this blog. I appreciate it.