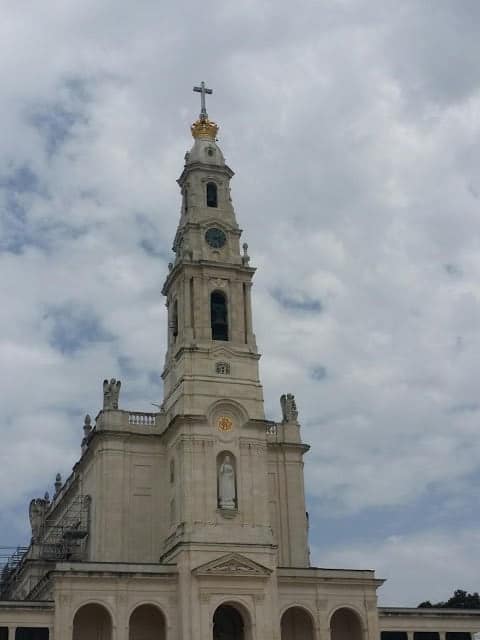 Being one of the 3 Portugal characterising F‘s (Fado, Football & Fatima), Fatima is a must for culturally aware travellers.

I guess Fatima is a bit off the beaten track. But in case you are really interested in Portuguese culture, you’ll include Fatima in your travel itinerary. Because the the pilgrimage site is essential to Portuguese identity and Portuguese culture. By the way, did you know about these 30 Interesting Facts about Portugal?

Book here your day trip from Lisbon to Fatima

It’s in this place where in 1917, three little shepherds (Lucia, Jacinta and Francisco) saw the virgin Mary. You may not be a Catholic or believe in such things, but the spiritual atmosphere of Fatima will impress you for sure. Every day many pilgrims arrive here by foot. When they see their beloved statue of Our Lady, many start to cry out of emotion and start entrusting their concerns to her.

Nowadays the pilgrimage site is one of the most important ones in Europe.

Book your day trip to Fatima: 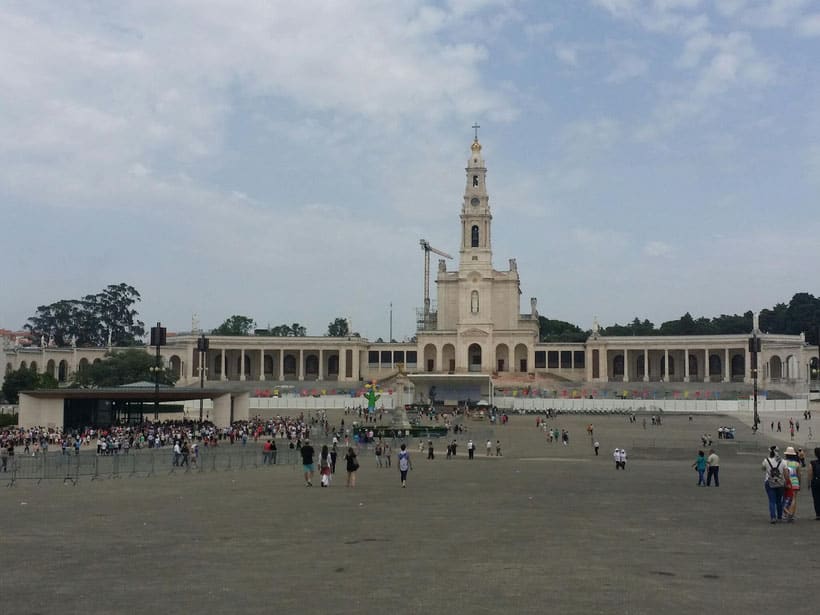 The immense plaza is awe-inspiring and it is a must for every Portuguese catholic to visit Fatima at least once in his lifetime. There are 2 basilicas and the square is framed by a modern crucifix.

In the summer months (May-September) on every evening of the 12th and 13th of each month, there’s a large torch-light procession along the recint.

Visit the Chapel of Apparitions

The Chapel of Apparitions (Capela das Aparições) is the heart of the sanctuary. It is the first place of worship and was built as a promise that the shepherd children gave to virgin Mary.

The old chapel has now been replaced by a modern building where you can sit and pray, reflect…

It’s here where you can see the most emblematic statue of Our Lady from Fatima. It is said that the statue stands at the exact place where it first appeared.

Some circumvent the “Chapel of Apparitions”, the spiritual center of Fatima, on their knees. I was impressed by the huge amount of people at this site on a weekday and the effusive emotions of the pilgrims.

House of Francisco and Jacinta 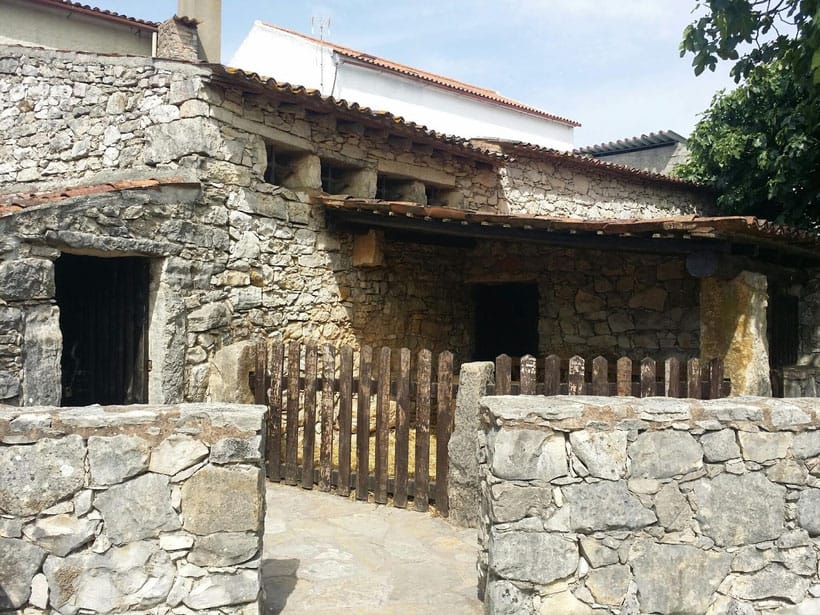 When visiting Fatima, you should definitely visit the village of Aljustrel where the 3 shepherd children used to live. You can reach it with a short walk of 20-30 minutes. The trail from Fatima to Aljustrel is named “Via Sacra” and is well signed.

There is also a tourist train connecting both sites.

I found it really impressive to see the historic and very humble houses of Francisco and Jacinta Marta (I’ll talk about Lucia’s home later). Indeed they are preserved in the original state.

Honestly, I was moved to see the humble origins of the kids. It has nothing to do with Portugal as we know it today. I think that many Portuguese visitors also see the village as a remembrance of the country’s long trajectory from one of Europe’s poorest countries to one of the most coveted travel destinations in the world. Well, that’s what I am assuming.

The house is incredibly tiny and it is hard to imagine that Francisco and Jacinta shared it with their parents and 3 siblings. Both children dies in 1919 and 1920 during a flu epidemic.

Even if you are not religious, visiting the shepherd children’s homes will teach you a lot about Portuguese lifestyle back then. On top, you’ll be visiting the homes of 2 saints!

As you’re already in Aljustrel, you can also make it to Lucia’s home. Lucia de Jesus Dos Santos died in 2005 as a nun when she was 97 years old. 8 people used to live in the tiny house!

All the furniture and material are originals and it is a great way to learn about Portuguese history and lifestyle in the beginning of the last century. 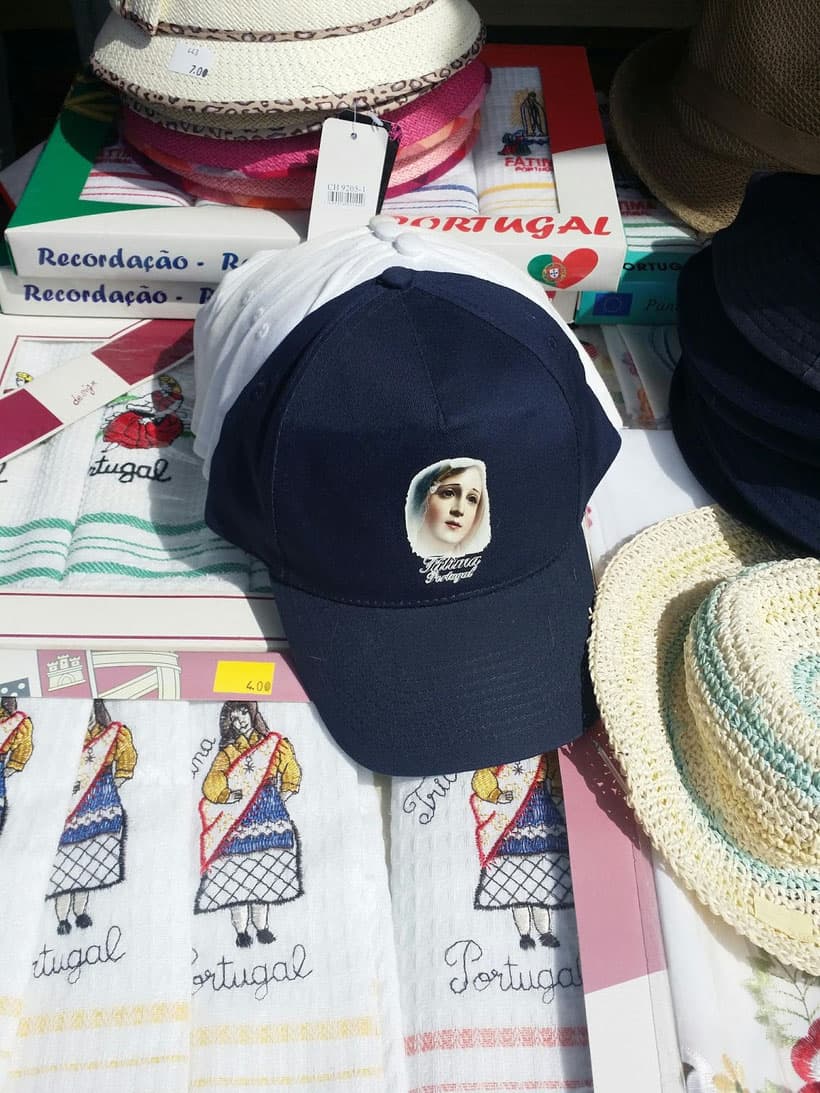 With that being said, Aljustrel is quite commercial, dozens of shops offer religious souvenirs and statues. I admit, some were even hilariously creative!

Next to the religious devotion, I had the the feeling that I was assisting a fair: people making barbecue in the surrounding parks, music and lots of touristy shops trying to sell you a statue of Our Lady. I never saw so much Catholic merchandise in my life!

If you need a pink T-shirt with the Pope on it, you’ll get it in Fatima! And you’ll be spoilt for choice! 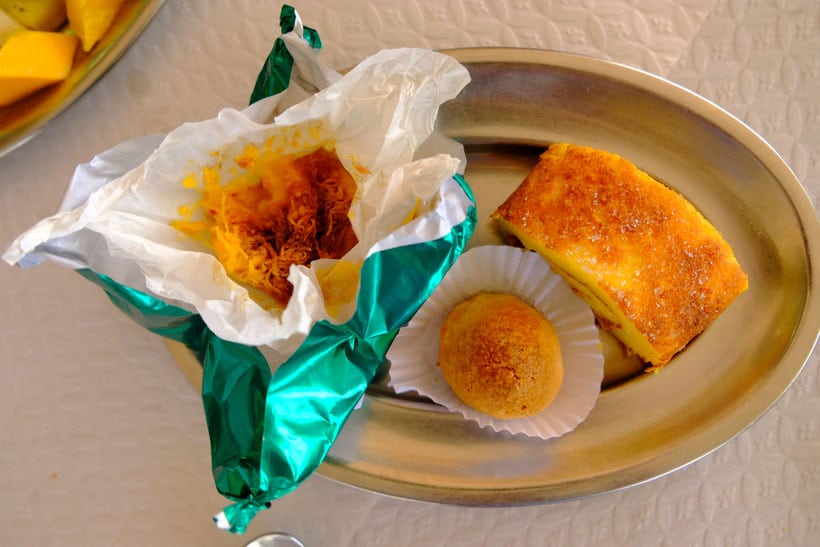 There are not many good food options in Fatima and most of them are foolishly expensive. For lunch, I opted for a home-made soup with delicious Portuguese bread for 1,50€.

Since soups belong to every traditional Portuguese meal, they are perfect if you are looking for a light lunch. Therefore dinner can be more copious! 😉

How to get to Fatima

From Coimbra, you have one bus every hour. I don’t recommend to take the train since Fatima train station is a 20 minutes’ bus ride away.

Discover the best hotels in Fatima