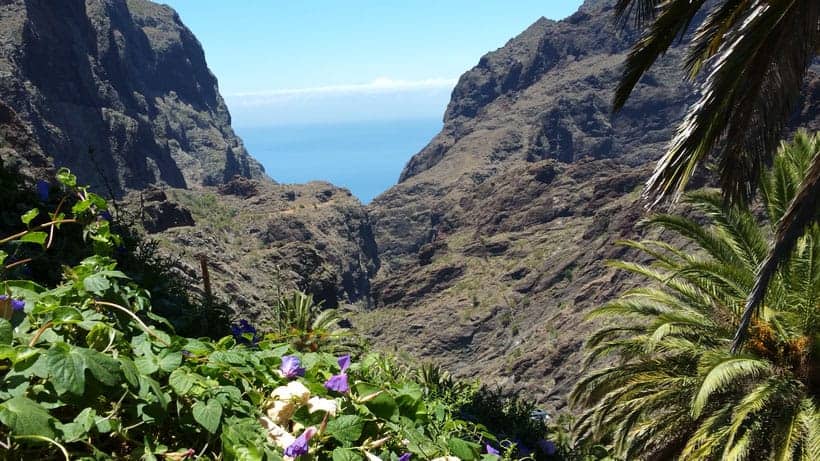 My stay in Tenerife is coming to an end and I can feel the 3 months of hard work in every part of my body. Working during high season on Tenerife island is only made for resistant people out there. 😉 Every day off that I had, I tried to visit a part of the island.

Is there anything left? Something that you must have seen before you leave Tenerife? Yes there is!! The Masca Trail, probably the most emblematic walk in Tenerife!

It seems that every tourist on the Canarian island “has done” Masca. All of them talk about it with luminous eyes. Even though that some of them admit they shouldn’t have done it in flip-flops… Almost every guide recommends the hike in Masca canyon as top thing to do in Tenerife.

While I am not in the best physical condition, I tried to pull myself together and get this 3 hour hike done. A decision that I will never regret!

How To Get To Masca 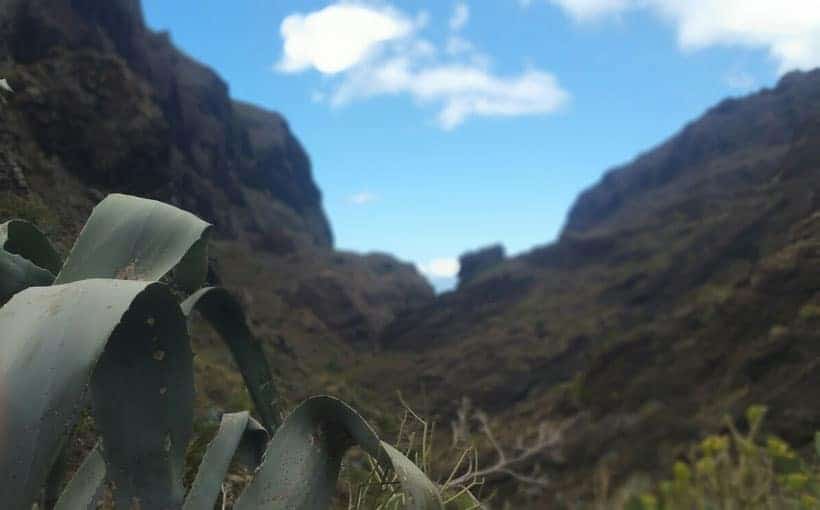 You get to Masca either by public transport or by taxi from Santiago del Teide. You can also opt to go with a guided tour and be worry-free about the transfer to and from Masca.

During high season it is important to book your boat transfer in advance from Masca Beach to Los Gigantes harbour. The trail can be crowded and most ferry companies only will take you to Los Gigantes if you have a reservation.

What to do in Masca 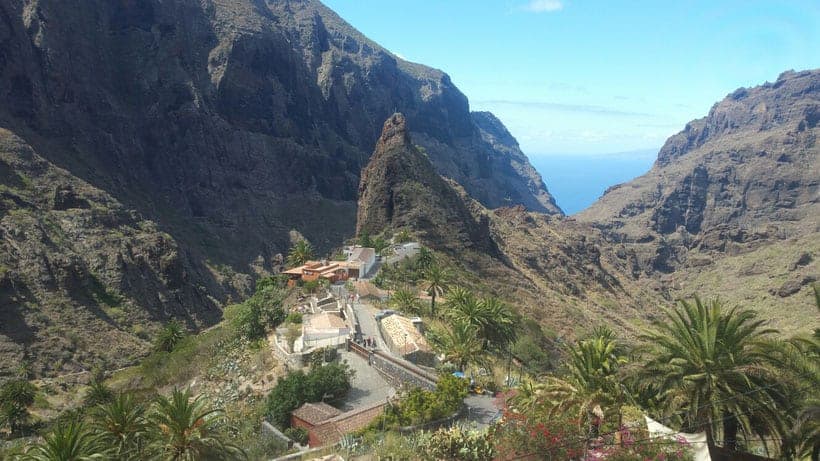 Wait! Did I say 3 hour long hike?! Oh please then let me have a drink first! 😉 What about an exotic and colourful beverage like Cactus Fruit Lemonade? So far I haven’t seen Cactus Fruit Lemonade anywhere else on the island. That’s why you should definitely try it when in Masca village!

Restaurants options are limited in Masca. If you’re a bit hungry I recommend 100% the veggie restaurant Alte Schule. It’s a calm hidden jewel, all food is freshly made on the spot and its German-Philippine family atmosphere is truly unique.

Beefed-up I just can’t wait to get myself between these spectacular cliffs. At first the vegetation is lush green and the views on Masca village are gorgeous! The more you enter in the canyon, plants get drier and it’s all about tremendously high cliffs of Los Gigantes. I tried my best to capture their exuberant dimensions, but it’s a sheer impossible task. You’ll just feel like an ant between the cliffs of Los Gigantes area. 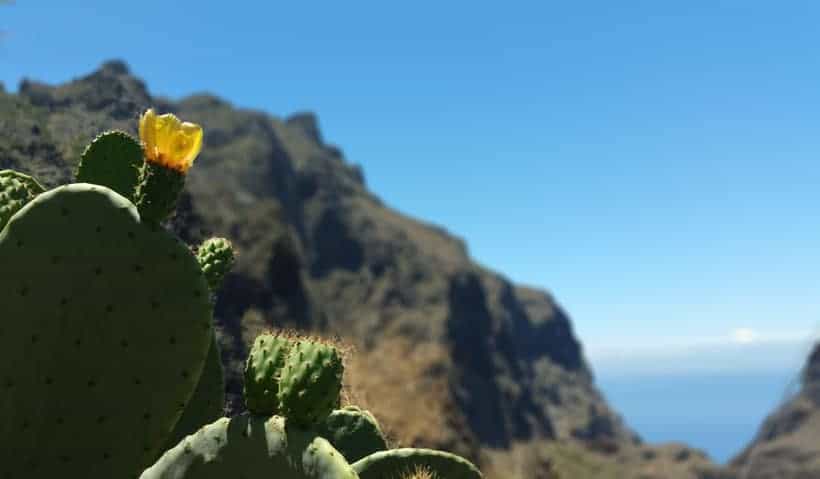 I was so amazed and distracted by these impressive landscapes, that I got lost. Thank God, a Frisian family took me under their wings! Without them, Masca trail wouldn’t have been that fun! The trail leads you to bizarre rock formations and caves.

It’s terribly inspirational: how must it have been for Tenerife aborigines, los Guanches, when they first saw these giant rocks? After all, they lived in Masca valley during a long time…

And if these caves could talk! I’d love to hear their stories about pirate treasures! Masca Beach was very popular among pirates due to its remoteness. I couldn’t get over the sense of wondering!

When Masca Beach finally opens up, you’ll think for a second you landed in paradise: crystal-clear water… and a cold beer in good company! These are these priceless 100% happiness moments. In all, Masca hike will fill you with awe and admiration for nature’s greatness. 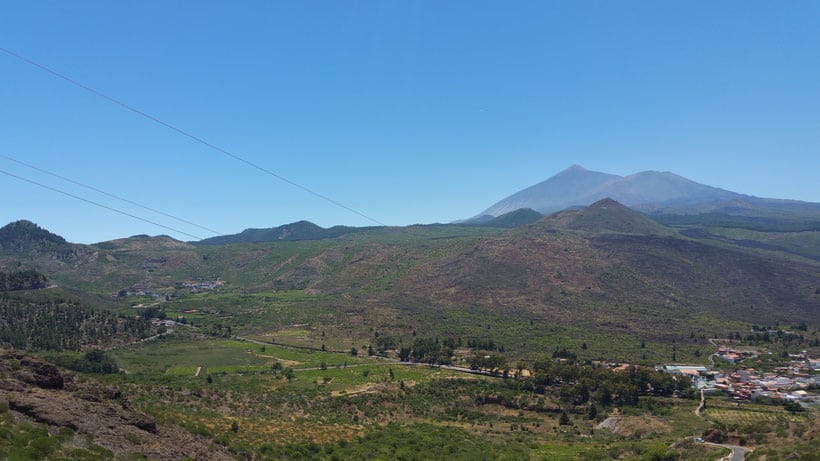 The ferry brings you to Los Gigantes port, where I love to buy some souvenirs in its cute hippie shops like Nautilo’s. 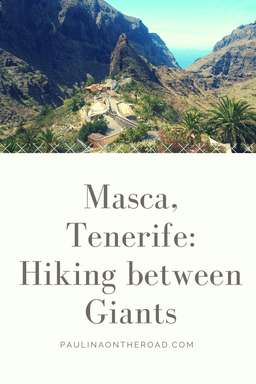 Discover the best hiking trail in Tenerife: the Masca Walk. Located in the Valley of Los Gigantes, the village of Masca seems to be lost in time. Get all the information on weather, tours and the beach 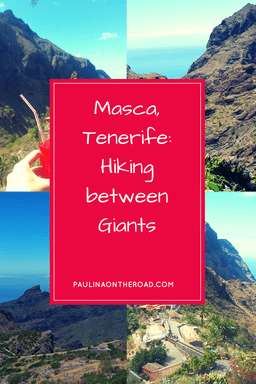