My 5 Top Highlights from Copenhagen 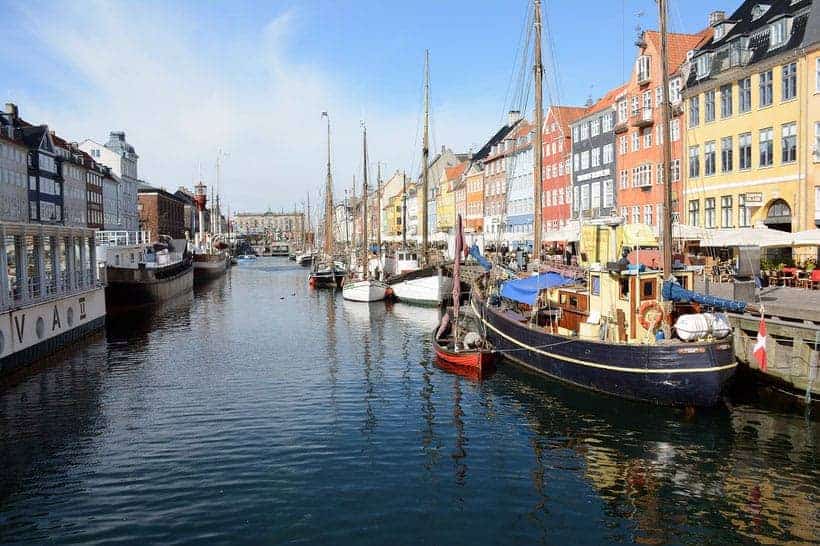 Copenhagen, the capital of Denmark, is one of Europe’s coziest capitals, thanks to its large parks and stylish architecture. Despite its relative isolation, Copenhagen is a melting pot that welcomes people from all over the world. After spending an extended weekend trip in the Danish capital, I want to share with you my top five highlights from Copenhagen.

While this guide to Copenhagen gives you some handy tips for your visit to the Danish capital, you won’t want to miss your chance to explore the city’s fascinating cultural heritage.

Be sure to visit the Viking Village to learn more about the city’s connection to the Vikings. As the Vikings were avid merchants and explorers, they left coins and treasures from expeditions all over Europe, Asia, and the North Atlantic. When visiting Copenhagen, you shouldn’t miss to try some typical Danish food.

Copenhagen has much more to offer than its impressive Viking heritage. Visitors will love its fine architecture, including palaces and houses that can easily compete with châteaux like Versailles. Copenhagen’s most popular historic buildings are the Frederiksberg, the Christiansborg Palace, or the Borsen.

Its proximity to Central Europe allowed Copenhagen to absorb a considerable amount of Central European architectural influences and trends. Among all the Scandinavian capitals, Copenhagen is probably the one with the strongest European influence. That’s why it is a coveted place for expats.

Today the historic architecture contrasts with bold urban planning and architecture. The most striking examples of the Danish avant-garde architecture in Copenhagen are the 8 House, the VM Houses, and the Black Diamond.

Copenhagen is the birthplace of Hans Christian Andersen, author of the legendary childhood stories, such as “The Tinderbox,” “The Princess and the Pea,” “Thumbelina,” “The Little Mermaid,” and “The Emperor’s New Clothes.”

If some of those tales remind you of your childhood, then you should follow Andersen’s inspirations throughout Copenhagen. Andersen was an avid traveler who enjoyed visiting other authors’ inspirational places, such as the England of his beloved Charles Dickens, who inspired him to drop this famous line in his diary in 1847: “We had come to the veranda. I was so happy to see and speak to England’s now living writer, whom I love the most.”

Andersen spent most of his time living in three different houses in the neighborhood of Nyhavn, where he also wrote some of his most famous tales. When he died in 1875, he was buried in Norrebro, today a rather hip and creative district of Copenhagen.

As a Scandinavian country, it’s no surprise that Copenhagen has so many green spaces. However, it’s astonishing to see that even old buildings such as churches, cathedrals, and palaces are often surrounded by gardens or even forests.

Copenhagen’s parks are the perfect places to relax, to have a picnic, or to stroll through nature. The most popular parks to visit are the Botanical Garden, King’s Garden and Frederiksberg Gardens. It’s best to visit when all the flowers are blossoming in the spring.

Copenhagen’s cemeteries are also coveted locations for relaxation and walks with friends. Another essential stop in Copenhagen is a visit to the Copenhagen Zoo, one of the oldest zoos in Europe.

The Little Mermaid is the icon of Copenhagen. This small statue represents the protagonist of Andersen’s fairytale and Disney’s movie of the same name.

It’s located on a rock along the Langelinie promenade. Nowadays it’s the most popular tourist attraction of the Danish capital, receiving more than 1 million visitors a year.

The tragic story behind the statue reflects that she traded her fishtail for legs out of love to a prince who she saved from drowning. To make the trade, she had to give up her voice to the evil sea witch. When finally on land, she has three days to be kissed by her prince so that she can transform into a real human being.

If she fails, she will turn into sea foam. Unfortunately, the prince doesn’t recognize her, since he only remembers her magical voice. The prince ends up marrying someone else, and the little mermaid throws herself into the sea and turns into sea foam.

Copenhagen boasts numerous attractions and sights. This list is far from complete, and I would love to hear about your favorite spots in Copenhagen. What are your top choices for a trip to the Danish capital?

Disclosure: This post was created in collaboration with GoDoTrip.com As always, all experiences and opinions are the author’s own.