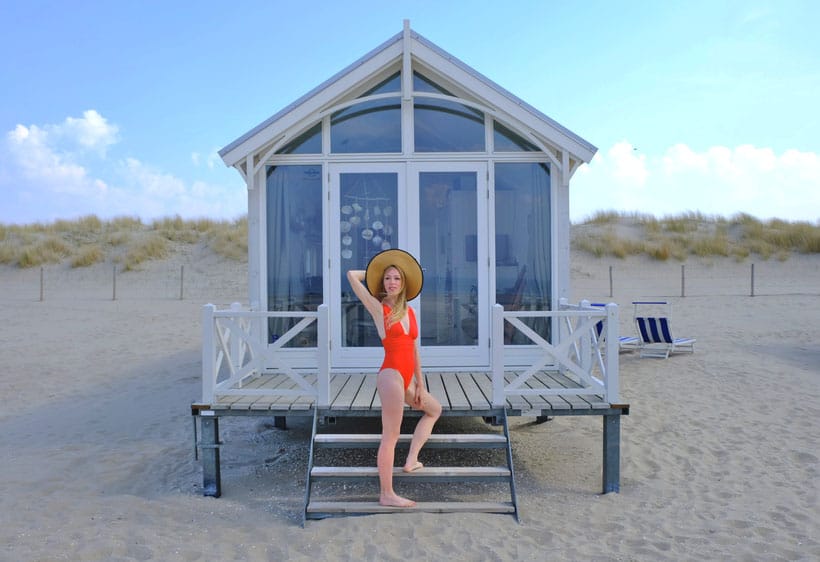 A Travel Blog about the Netherlands

The Netherlands, also known as Holland, is one of the prominent European nations. Be it about being least corrupt or ecologically cautious, Netherlands is renowned for some inspiring reasons.

However, this European nation is equally intriguing in terms of its geography as well. The nation consists of 12 provinces in Europe, which makes it distinguishing of its kind.

People here are enthusiastic about traveling have plenty to explore in the Netherlands. Specifically, the top cities like Amsterdam witness massive inflow of travelers from around the globe.

Those keen about fashion can’t find solace without visiting Amsterdam, considered as the fashion capital of the globe. Not just artificial elegance, the Netherlands is magical for exploring the profoundness of natural beauty as well.

Being a tourist, one absolutely doesn’t need to worry about any single aspect.

Important Facts when Traveling to Netherlands

Official religion: 51% in Netherlands are Non-religious, whereas 24% are Catholic, 15% belong to Protestant Church, 5% Islam, and others account for 6%

Climate: Cool summer and moderate winter. Temperatures during day time vary 2-6 degrees in Winter and remain around 20 degrees in Summer

Do I need a Visa to Travel to Netherlands?

Fast-Track: Get your Schengen Visa in advance

Whether or not a visa is required for someone to come into the Netherlands is dependent upon the nationality of the concerned person.

People who belong to nations like the US, Canada, Australia, and various other countries can spend around 90 days in the Netherlands without a tourist Visa.

In fact, citizens belonging to the nations under the European Union or European Economic Area are exempted from any kind of formalities. Switzerland, among others, is also exempted from any Visa requirement. Citizens of these nations exempted from Visa can travel for around 90 days in any of the three months periods in the Schengen zones.

It is here to note that there are 26 European States that are part of the Schengen Area; those have officially ended passport checking requirements and all other kinds of measures for border control.

Visa Types and Cost- For a single-entry, the fee for Schengen Visa is around 80 Euros. For children (between 6 to 13 years old), the cost remains around 40 Euro.

The Netherlands provides a range of accommodation options, starting from luxury hotels to hostels.

Those looking for the cheapest option can find satisfactory accommodation at around €10-12. In the range of €15-30, one can find excellent facilities like Wi-Fi, laundry services, breakfasts, etc. The figures provided above are for the accommodation options at top tourist destinations. - Check rates & reviews for hostels in the Netherlands.

Mid-Range: Mid-range hotels are among the most popular accommodation options in the Netherlands. In this range at prominent tourist locations, one can book private rooms with all facilities like Wi-Fi, TV, gym, house services, etc, for around €85-120 per night.  - Check hotel rates here

High-End: High-end hotels in the Netherlands at prominent tourists’ locations can cost around €250 per night. However, the facilities one can expect to be top-notch. Starting from spas, gym, fine dining, babysitting, pet services, to a whole range of housekeeping facilities, they provide most accomplishing facilities. - Check rates & reviews here

Though the Netherlands can be visited throughout the year, the most appropriate season would be to visit in between mid-April and mid-October. To be specific, travelers flock in a great number in the months of July and August.

High season: July and August are the best periods for making a trip to the Netherlands. No need to fear rain and all; rather expect a perfectly soothing breeze during the season. However, the museums remain absolutely jam-packed during this season.

Midseason (Mid April to mid-June): The chances of rain are lower. A soothing summer breeze can be enjoyed to a great extent during these months as well. Specifically, those who visit the Netherlands for tulip gardens should consider this period.

Low season (February to March): The weather remains absolutely dry during this phase of the year. One should not expect the heavenly Summer breeze of the Netherland.

By bus: It's absolutely simple to travel by bus in the Netherlands. One can simply plan on the day of travel; one can find tickets through the concerned driver, which costs around 5 euros. One may opt for the credit-loaded OV-chipkaart as well. There is no discrimination in terms of class of travel here in Netherland. One may opt for the all-day passes as well upon consulting the drivers. - Buy bus tickets here

By Train: the best recommendation to travel to and from the train in the Netherlands would be through an OV-chipkaart, a credit card format pass. This can be used for all public transport in the country. For an outsider, Belgium would be the best way to enter the Netherlands through the train. - Buy train tickets in advance

Get around: The entire Netherlands is enriched with the incredible public transport of all means. The best recommendation for the tourists would be to reach Amsterdam and travel from there. No need to do prior booking; one may go for on-the-spot booking, anytime.

Food in the Netherlands is simple yet delicious. Moreover, these are always enriched with perfect nutrition value. Cuisines here are vegetable enriched, with comparatively nominal usage of meat. In breakfasts, bread is highly favored with various kinds of toppings.

However, cheese toppings are the top favorite among Dutch. Meat is found mostly in dinner. Among vegetables, Potatoes are highly used, accompanied by other seasonal veggies.

Haring is the most popular dish in the Netherlands; it’s a must-try being here as a tourist. Apart from this, Kroket, Patat, Kaas, and Bitterballen are among other highly popular cuisines here in the Netherlands.

Best Things to Do in Netherlands

Explore the Canals of Amsterdam: Amsterdam is quite popular around the globe for its incredible canal system, which is a must explore. Beautiful waterways often fetch the attention of the travelers in Amsterdam. The best recommendation would be to go on a boat tour. One may book a water taxi as well to explore it better. - Book a canal cruise in Amsterdam

Have a stroll around Zaanse Schans: Zaanse Schans is situated around 15 kilometers in the north of Amsterdam, which is popularly known to be an open-air museum. Strolling here around provides an excellent experience. Never miss the delightful shipyard here. Also, one can explore elegant green wooden houses in a wide variety of places here. - Book your tour to Zaanse Schans

Have a walk around the Garden of Europe: The Garden of Europe is a hugely popular tourist destination in the Netherlands. Those who are passionate about color can find the place absolutely amazing. Specifically, the beauty of Tulip flowers is worth enjoying being here. It is here to mention that the Garden of Europe is the biggest public garden all across the globe. The gigantic garden covers a massive area of 70 acres providing visually mesmerizing flora and fauna. It presents the highest range of flowers, like daffodils.

Enjoy the beauty of Grote Kerk: Grote Kerk is one of the biggest churches in the world. The specialty about the church is its structure; made up of red brick in Gothic style, it often drags the attention of the viewers. It is said that the church was built in the 13th century. However, it was demolished and built again, as it appears presently. The church has been one of the major attractions among travel enthusiasts from around the globe. Those uninitiated, this bell tower is the highest in Netherlands, which contains 51 bells. In addition, there is also an ornate wooden pulpit, as well as a massive pipe organ; those are worth enjoying.

A visit to Hoge Veluwe National Park: For nature and animal enthusiasts, this place would be a great option to visit in the Netherlands. Spread over a massive land of around 14 k acres, this is considered as one of the largest national parks in the Netherlands.

A weekend getaway to the Hague: a weekend in the Hague is the perfect way to explore a less touristy town in the Netherlands that's famous for its museums, stunning beaches, and vibrant ex-pat community

Latest Blog Posts about the Netherlands:

Best Day Trips from Luxembourg: Beautiful Places near Luxembourg You Must Visit Where to go from ...