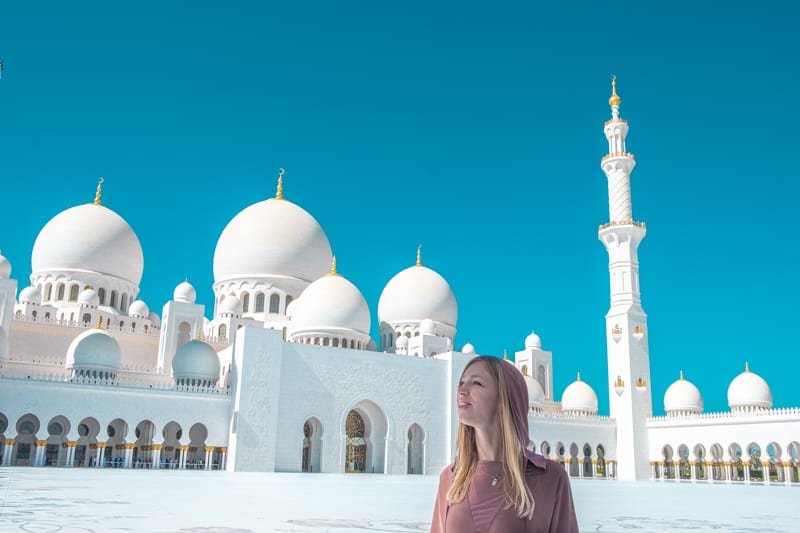 For most people, the United Arab Emirates boils down to just one word, and that word is Dubai! The futuristic-looking city is home to not only the tallest skyscraper in the world but artificial islands designed to look like palm trees.

Massive shopping centers almost as big as a small town; palatial beach resorts, and even an indoor ski slope make Dubia a unique destination. If you can tear yourself away from the glitter, you will discover six other Emirates, all with their character and allure.

The Capital of the UAE is oil-rich Abu Dhabi, the Gulf state’s cultural heart where nothing stays still except perhaps for the herons in the nearby mangrove.

Beyond Abu Dhabi is an area of desert called the Rub Al Khali that locals refer to as “the empty quarter,” a massive stretch of sand that stretches into Saudia Arabia, Oman, and Yemen. North of Dubai is the alcohol-free city of Sharjah, and while Ras Al Khaimah is all about the beach and water sports. For adventure, head to the Hajar Mountains near the border with Oman, where you will be far removed from Dubai’s bright lights.

Good to know before traveling to UAE

Power voltage and socket type(s): type C, D and G. The standard voltage is 220 V and the standard frequency is 50 Hz.

Most famous places in the United Arab Emirates

Designed to resemble the sail of a traditional Arab Dhow sailing boat, the Burj Al Arab is a luxury 5-star hotel built on an artificial island. Visiting the all-suite 202 room hotel does not come cheap, and you will need a reservation in the restaurant if you want to get past security.

Tip: You can avoid the long lines by booking your ticket 30 days in advance online. – Get tickets here

The Dubai Mall is not only a shoppers paradise with over 1,200 retail outlets but a great place to escape the heat. With it being located in one of the world’s wealthiest and most modern cities, all the high-end fashion houses and jewelers are represented with lavish stores.

Built in partnership with the French government and the city of Abu Dhabi, the Louvre Abu Dhabi is the largest art museum on the Arabian Peninsula. It has an impressive collection of works from around the world. – Get tickets here

Accommodation in the UAE

In the UAE, you will find plenty of places to stay, but unfortunately, for those on a tight budget, it is aimed squarely at big spenders. There are, however, plenty of what could be called mid-range options but nothing in the way of Hostels or inexpensive B&Bs.

At the top end of the market, the world is your oyster with beach resorts and spas second to none.

For travelers on a budget, the UAE and Dubai, where you probably want to stay, will come as a bit of an eye-opener as far as prices are concerned—saying that there are some excellent 3-star hotels downtown that won’t break the bank.

With views of Burj Khalifa, the Rove Downtown Dubai is as trendy as it is homely.

For those living out of a backpack, the Rove Downtown Dubai offers self-check-in, a laundry service, a 24-hour market, and a rooftop swimming pool.

Prices at the Rove Downtown Dubai start from around $42 (35€). – Check reviews here

If you are looking for some wintertime sun at an all-inclusive resort that caters to both parents and kids, you won’t go wrong staying at the Rixos The Palm Dubai Hotel & Suites.

Located in a quiet spot on Palm Jumeirah, the resort features four swimming pools and a wealth of watersports, tennis, and basketball.

The all-inclusive deal gives you access to the resort’s three restaurants and half a dozen bars, and the best thing is you don’t have to worry about getting a bill. Prices start from $172 (144€). – Check prices here

If money is no object, you have to stay at the sail-shaped Burj Al Arab. Dubbed the world’s first seven-star property. From its fleet of Rolls-Royce Phantom limousines to suites that are bigger than most people’s houses, this is about as luxurious as it gets.

Hermès toiletries and poolside cabanas with butler service are just part of the services offered by what is undoubtedly a hotel like no other.

Do I need a visa to travel to the UAE?

Fast-Track: Get your UAE Visa in advance

Nationals of the United States, Canada, the United Kingdom, the European Union, Australia, and New Zealand are issued a free 30-day visa on arrival.

Circumstances, however, can change, so before you travel, be sure to check the latest advice from your nearest UAE Embassy or Consulate.

A valid passport for six months is required, and you can extend your visa for a further 30 days by visiting the Directorate of Residency and Foreigners Affairs.

Best time to visit the UAE

The best time to visit the UAE is during the Northern Hemisphere’s winter from December through to February. During this period, the UAE enjoys a balmy late spring-like Mediterranean-style climate with temperatures in the mid-70s Fahrenheit 20s Celcius.

This is also the peak time for tourists and has hotels charging a premium for accommodation. From May until September, the UAE is scorching hot, making air-conditioning your best friend.

On the plus side, the price of accommodation drops by as much as 75%, making it seem like a bargain.

Getting to the UAE

With the UAE acting as a transit hub for people traveling between North America, Europe, and Asia, the best way to get to the UAE is by air.

Dubai-based Emirates, along with Abu Dhabi-based Etihad, are two of the best airlines in the world, with hundreds of daily flights to all corners of the globe. – Check flights here

Getting around in the UAE

With the price of gas (petrol) so cheap, hiring a car in the UAE is the best way to get out and explore the country. – Check car rentals here

If, however, you intend to stay in Dubai, you would be better off using taxis. Taxis in Dubai are relatively inexpensive, but the rates increase at night and can be more if you need to drive on toll roads. Dubai also has a modern driverless metro that runs between the marina, mall, gold souk, and the financial district.

Tickets must be purchased in the form of a Nol card, which can also be used on Dubai buses.

Traveling from city to city in Dubai is best done by bus and is an inexpensive way of getting around in places like Abu Dhabi, Dubai, and Sharjah.

Best Food in the UAE

Despite a massive influx of foreigners moving to the UAE for work, the Gulf State has managed to remain close to its cultural roots. Food has always played a big part in UAE life with treasured recipes handed down from one generation to the next.

Chicken, lamb, rice, and spices play a significant role in local cuisine, as do locally caught kingfish and grouper.

Price-wise eating out in the UAE is similar to what you would expect to pay in the USA or the United Kingdom. If you are on a budget, the food courts in the shopping malls are a good option.

Typical food in the UAE

Served at weddings and special occasions, al Harees is a porridge-like dish made with wheat, meat, and a pinch of salt slowly cooked for hours.

Like a Moroccan tagine, thereed is a comforting Beduin lamb stew with potatoes, pumpkin, marrow, and tomatoes served with Emirati rigag flatbread.

Machboos is a traditional rice dish made with local spices and dried lemons served with chicken or locally caught shrimp.

Famous throughout the Middle East, Shawarma’s are thinly sliced strips of chicken or lamb served with salad and a garlic sauce in flatbread.

With a similar taste and texture to doughnuts, luqaimat are balls of deep-fried dough topped with sesame seeds and drizzled with a sticky date sauce.

Best Things to do in the UAE for Outdoor travelers

Located just over 18 miles (30 kilometers) from Dubai, the Al Qudra Lakes is an artificial desert oasis designed to promote eco-tourism. Take your bike or rent one from one of the shops in Dubai and become one with nature as you cycle through the dunes on a magical bike path.

Kayaking in the Abu Dhabi Mangroves

Get up close with UAE’s native wildlife by going on a guided kayak tour in the Jubail Mangrove Park. The tour lasts either one or two hours, depending on if you want to go island hopping and costs $40 per person, including the guide.

Located on the UAE’s highest mountain, the nearly two-mile-long zip line allows you to reach speeds of up to 150 mph while dangling a staggering 5,500 feet (1,680 m) above sea level.

At just over 4,000 feet (1,200 m), Jebel Hafeet is Abu Dhabi’s highest mountain and not a place for novice hikers with steep, punishing climbs. The best time to go is early morning before it gets too hot.

If you are a mountain bike enthusiast, you will love the more than 50 miles (80 km) of trails at the Hatta Mountain Bike Trail center. Both beginners and experienced riders are catered for with bike rental available at Wadi Hub.

With its warm, crystal-clear waters, the UAE is the perfect place to go diving. Located a 20-minute boat ride from Al Aqah in Fujairah, Dibba Rock is the best place to encounter sea turtles and blacktip reef sharks.

Enjoy a mystical desert sunset as you go tearing around the dunes on a 4×4 Polaris quad bike. Various companies offer excursions and will pick you up from your hotel.

I am just back from Abu Dhabi, the capital of the United Arab Emirates (UAE)… without expecting how much fun you can have there! Even …