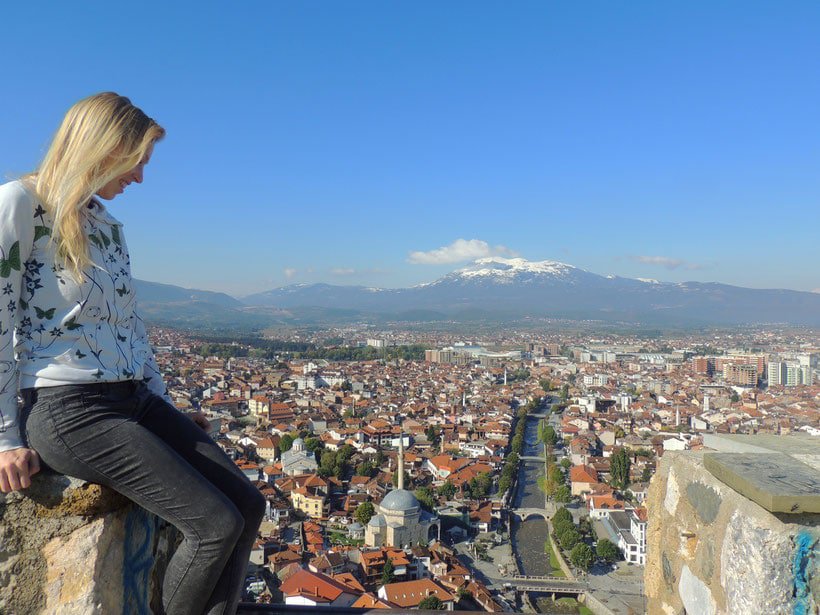 Home to gorgeous mosques and UNESCO listed fortress as well as the tranquil mountains; Kosovo has a rich culture and history with scenic beauty. It is a vibrant destination that remains relatively unexplored by tourists.

Located between Serbia, Montenegro, Albania, and Macedonia, Kosovo had long been a part of the Ottoman Empire, then an autonomous region of Serbia.

It was only in 2008 following bitter battles and NATO intervention in the 1990s that Kosovo declared independence from its Balkan neighbor and became a country.

However, the true charm of Kosovo lies with its people. When traveling in the country, you’re bound to be greeted by friendly, welcoming locals and first-class hospitality.

Kosovo is a young country with a lot of history, whether you want to go see the country, the historical sights, or try the food, you will enjoy your visit to this serene destination.

Important Facts when Traveling To Kosovo

Official language(s) and general knowledge of English: Albanian and Serbian. Other languages are Bosnian, Turkish, Gorani, and Romani. English is widely spoken

Safety rating: Kosovo is safe to travel, but be cautious as most dangers are of petty nature.

Do I need a Visa to Travel to Kosovo?

Kosovo was a disputed territory in Serbia but declared independence in 2008. For tourists, Kosovo offers ample things to do, dotted with UNESCO World Heritage Sites and national parks, nature is an attraction here. However, before you travel to Kosovo, you need to know about its visa requirements.

According to Kosovo’s visa policy, all travelers must obtain a visa from the diplomatic mission of Kosovo. However, the policy also has a list of visa-exempt countries such as EU nationals, the USA, UK, Canada, Australia, and the Schengen Zone Member States.

The nationals of these countries can travel to Kosovo without a visa as long as their trip does not exceed 90 days within a 180-day period. However, a valid passport is required for the duration of the stay except by EU nationals holding a valid national ID card. Visa exemption is also given to diplomatic and service passport holders.

Visa Types and Cost – Transit, single, double, or multiple entry visas. The cost of all this visa is €40.

Mid-Range: Kosovo has plenty of hotels and motels to rest your head. Prishtina, the capital city of Kosovo, offers luxury stays as well as has modern hotels. The hotels can be quite expensive catering to business and development workers. One can expect to pay €40 for a standard single room and a double room it is €45, including breakfast. There are also various hostels in Pristina, Peja, Gjakova, and Prizren for all types of travelers. Depending on the season, the price can vary from €10-20 with some additional fees for extra services. – Check hotel rates and reviews in Kosovo

High-End: In Kosovo, you can also rent holiday houses or apartments. The cost per night would be around more than Euro 100. However, they can also accommodate larger groups. Most of the apartments have easy access to the main attractions and public transport. – Check hotel rates and reviews in Kosovo

Kosovo is one of the European secrets and an unspoiled and undiscovered area offering many things for the travelers to do throughout the year. It has a largely continental climate with long and dry summers and mild and rainy winters with occasional heavy snowfall in the mountains.

The best time to visit Kosovo is divided as below:

Spring: This is the best season for festivals and outdoor activities. Wildflowers are in full bloom, temperatures are pleasant, and there is still snow on the mountaintops. Go on a trek to Rugova Canyon, visit the gorgeous caves in Peja and the Bear Sanctuary, and witness one of the coolest festivals PriFest.

Autumn and Winter: Harvest season starts in September and is one of the best periods of the year to visit Kosovo. Hardh Fest is celebrated which is dedicated to new wines. The fall season is best to visit the most beautiful and romantic towns of Gjakova while Kosovo winters offer visitors plenty of things to see and do. You can go skiing and visit various museums like the Ethnographic Museum, Kosovo Museum to name a few. The plus in these seasons is the absence of tourists.

By Air – Prishtina International Airport (PRN) is the main airport located 15km south-west of the city center. Direct flights come in from the UK, USA, Canada, Australia, and other countries.

By Rail – If you have flown to the other European countries and want to travel to Kosovo by rail, then you need to reach Macedonia. The daily train from Skopje, Macedonia will take you to Kosovo and is the only international service here. This is not the best way to travel to Kosovo, but the rail route offers amazing scenic views.

By Road – Buses connect Kosovo with Albania, Macedonia, and Montenegro. But when traveling through road, be prepared for delays at border crossings.

Traveling by public transport is the best way to get around Kosovo. Buses in Kosovo and is the cheapest and most convenient way to get around. Bus routes cover most of the Kosovo area with major attractions mostly within an hour or two from the capital. Trains tend to be slow and only useful for long-distance journeys on Kosovo’s north-south line.

You can also rent a car that offers the most flexibility to get around Kosovo. The condition of roads in Kosovo are generally good, though watch out the potholes on some poorly maintained stretches.

Driving techniques in Kosovo are erratic, so when driving keep alert.

Kosovo is heaven for food lovers as it offers diverse cuisine as the region has seen a plethora of cultural influences over the years. The cuisine found here matches with the area’s continental climate.

The daily cuisine has been influenced by many different cultures, but more so by Turkish, Albanian, and Balkan which consists of various pies and an assortment of meat that coordinates well with the hot summers and cold winters of Kosovo.

The food in Kosovo is traditionally home-made and even at restaurants, you can expect to be served huge portions of hearty dishes made with locally sourced ingredients.

Traditional food in Kosovo includes flija, stuffed peppers, cevapi, salsicca, hajvar, baklava, kebabs, pies, burek, and sarma that are common across all regions with slight variations from one region to another.

Options for vegetarians are ample too, one can find cucumbers, green tomatoes, and peppers which are abundant during the summer and make for delicious, fresh salads. During winter you can find them pickled and preserved.

Accompanying most meals is wine as Kosovo has an excellent wine-growing tradition. You cannot leave Kosovo without tasting Vranac, the red wine made of grapes. Rakia is homemade liquor made from grapes, walnuts, quince, and other local fruits across the Balkan region and every town makes it differently.

Best Things to Do in Kosovo

Enjoy Prishtina’s Nightlife – Prishtina, the capital city of Kosovo will never let you be bored. It offers a lot of fun things to do after the sun goes down. From live jazz music at the elegant Soma bar, to ballet performances at the National Theatre of Kosovo, to great cocktails at Dit’n’Nat, to taking an xhiro (a walk through the city center), Pristina has plenty of things to do. – Book a walking tour of Pristina

Visit the Beautiful Mosques – Kosovo has many lovely mosques that are very welcoming to the outsiders. The Sultan Mehmet Fatih Mosque or the Imperial Mosque is the one not to miss out. Built around 1461, this mosque was converted to a Catholic Church during the Austro-Hungarian era and then converted back again to a mosque after World War II. It is now the city’s most important mosque.

Hike the Rugova Valley – Rugova Valley is part of the ‘Peaks of the Balkans’ with trails for hiking. The hike takes about 10-13 days and trails through mountains in Albania, Kosovo, and Montenegro. Though the hike is hectic the scenic beauty it offers is worth it. – Book a hiking tour to Rugova Valley

Talk to Locals – Kosovo people are very friendly and have a really good level of English. They are thrilled to meet new people and love to talk to outsiders. Kosovars love to ask visitors why they decided to visit the country, what they think about Kosovo and where they are from. If you have a question about the area or need to get directions, don’t hesitate to ask a local, they will be happy to help.

Best Places To Visit in Kosovo: 3-Day Itinerary As I am writing this, I am driving back home to Luxembourg after an intensive cultural immersion …