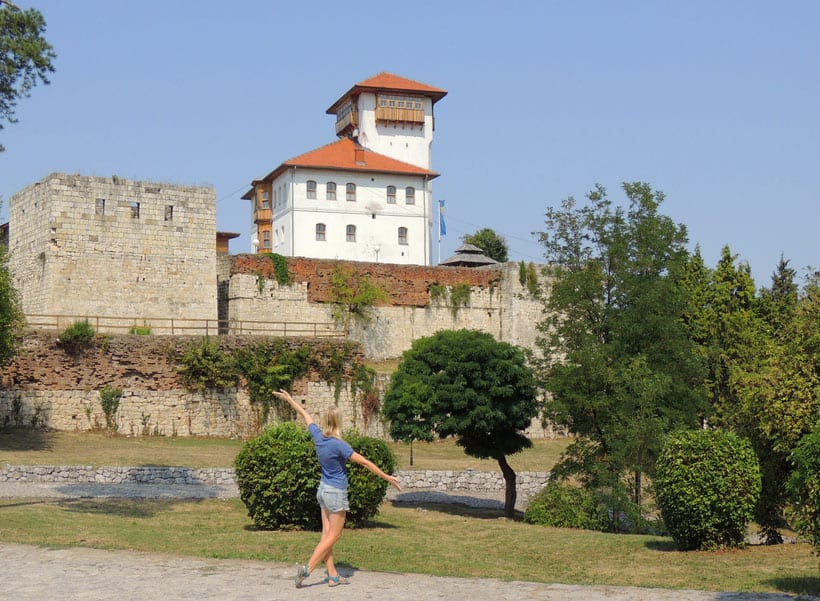 A country where turquoise rivers flow swiftly and sheep huddle on steep hillsides, Bosnia is one of Europe’s most visually stunning places worth visiting. Located in the western Balkans, bordering Croatia to the north, Serbia to the east, and Montenegro to the southeast, the country is mostly mountainous.

Often overlooked because the country's name is still synonymous with the Yugoslavian War of the 1990s, Bosnia is a remarkable and most fascinating place for its East-meets-West atmosphere.

It has rugged beautiful terrain, a unique mix of cultures and faiths, kind and welcoming people, numerous medieval castle ruins, impressive waterfalls, bargain value skiing, and some of the most captivating sightseeing in southeastern Europe.

A visit to Bosnia offers a fascinating opportunity to sample the cultures of three major faiths all come together in this small area.

You will hear the Muslim call to prayer over the minarets, inhale incense in a mystical feeling Serbian Orthodox church, and hear the subtle clicking of rosary bead in a Roman Catholic church, all in the same day.

The county has become popular in recent years thanks to the increasing tourism and cheaper prices.

Important Facts when Traveling to Bosnia

Currency: Bosnian Convertible Mark, Currency Code is BAM and the symbol is KM.

Climate: Southern parts have a Mediterranean climate while the Western and Central parts have hot and arid summers.

Safety rating: Bosnia is a very safe country for travelers with friendly people and little problems.

Do I need a Visa to Travel to Bosnia?

Fast-Track: Get your Bosnia Visa in advance

British, Australian, Canadian, USA, and other EU nationals do not need a visa to visit Bosnia for up to 90 days, however, they all need a passport valid for three months beyond the date of departure from Bosnia.

The EU citizens can enter using a valid ID card.

Those citizens outside of these regions who hold a Schengen visa are admitted for 15 days. Nationals not referred to here are advised to contact the embassy to check the visa requirements.

All the travelers visiting Bosnia need to register with the police within 72 hours of arrival, the hotels usually arrange for this.

Travelers visiting Bosnia should have at least KM150 for each day of their stay.

People remember Bosnia for its war in 1990, but the country has come a long way since then.

Though there are remnants of the destruction throughout the country, the people here are warm-hearted and greet you with a smile and enthusiastic welcome.

Bosnia has a well-developed tourism infrastructure and you can easily book pensions, B&Bs, and hostels online as well. There are also hotels in the major towns covering a range of styles and quality levels.

There are plenty of opportunities to find budget accommodation as well as various comfortable three and four-star places. Generally speaking, you won’t be disappointed in the quality of accommodation in Bosnia. - Check hotels in Bosnia

There are many hostels in both Sarajevo and Mostar where you can get dorm beds at around €12. You can find a hotel room priced at €25-35 range. Guesthouses (pension) are also available in some towns. All the accommodation in Bosnia offers free Wi-Fi access. - Check hostels in Bosnia

The best time to visit Bosnia is May to June and early September as the heat fades and is a great time to go hiking, biking, and other similar activities.

February and March are great for skiing and other winter activities as the sun is out and the days are longer than in midwinter. As Bosnia is a multicultural country, December is filled with holidays and celebrations.

A small part of Bosnia has a Mediterranean climate, located in the small stretch near the Mostar city.

No matter which season you choose to travel to Bosnia, you will not be disappointed as each season has something to offer you.

The third is Mostar Airport located about 7.5 km south/southeast of Mostar center and Banja Luka Airport also known as Mahovljani Airport, it is the smallest of the 4 international airports and is located about 25 km northeast of the town center. - Check flights to Bosnia

Train - There is a daily train service from Zagreb in Croatia which runs through Sarajevo and Mostar on the way to Ploce. There are no trains from Belgrad or Budapest to Bosnia. - Get train tickets here

You can also travel to Bosnia through bus which is more numerous and start from Belgrade, Split, and Dubrovnik.

Bosnia is not the easiest country to get around as much of its transport infrastructure was damaged during the war. However, things are improving. You can travel by bus which will get you where you want to go.

There are also few railway lines across the country, however, the schedule is irregular. The one exception is the rail line between Sarajevo and Mostar, it runs twice a day and offers a fabulous scenic view.

Cities in Bosnia are well served by taxis, but be careful not to fall victim to scams, especially when picking one from the airport.

Bosnia offers a mixture of oriental, Mediterranean and continental European cuisine. Many of the dishes you find here are traditional and are prepared from the same recipes for hundreds of years.

Most of the dishes are made of meat, bread, and dairy, which certainly can sound heavy, but its rich taste and extraordinary ingredients are enjoyable for everyone’s taste buds.

You will find Cevapi, the ubiquitous Balkan kebab in almost all restaurants. Then there are stands selling burek, greasy pastries filled with meat, spinach, cheese.

Soups named as čorba and vegetables can be found on all restaurants menus all over the country, though more often they are stuffed with mincemeat.

Vegetarians will have to satisfy themselves with salads, or certain selections from the pizzerias. One can find scrumptious desserts as well such as syrupy baklava pastries and tufahije, a marinated apple topped with walnut and cream.

Coffee is consumed a lot here and for alcohol, there is pivo, a domestic beer, and a potent spirit, rakia.

Best Things to Do in Bosnia

Shop in the Turkish Quarter, Sarajevo – The Turkish Quarters in Sarajevo boasts weaving, cobblestone streets tiny shops selling fun souvenirs and postcards. Wander the street for a couple of hours, and then find a burek restaurant for a delicious lunch amid the locals. - Book Sarajevo tours

Take a hike outside the Sarajevo city – The city sits flush into the surrounding hills, and there are beautiful landmarks in the distant hills. Even if you don’t make it to the right place, the hike is gorgeous, as are the views of Sarajevo.

Visit the Tunnel Museum – Just outside the city center, there is a museum offering an intimate look into life during the Siege of Sarajevo. A tunnel was built here to carry supplies into the city, and today, you can visit the house used as its cover. Though the actual tunnel ran underground for about 960m visitors can experience a small section of it, all while learning about the events that surrounded this historic site. - Book Tunnel Museum tickets in advance

Kravice Waterfalls – Located 40 km outside the town on Trebizat River. This series of waterfalls plunge from cliffs as high as 83 feet into a natural, watery amphitheater that is almost 500 feet across.

Hike to the Kris na Humu – This is not a popular tourist hike so be prepared to forge your route. This hiking trip offers you the most scenic views and also provides a unique angle on the Stari Most Bridge or Mostar Bridge.

END_OF_DOCUMENT_TOKEN_TO_BE_REPLACED

Visit Bosnia: 6 Awesome Things To Do in Tuzla   Shame on me: this post comes with more than 1 ...